When it comes to golf-course maintenance, a little creative thinking can go a long way.

Tour pros often get credit for their creativity. But greenkeepers are plenty inventive, too. A reminder came last month before the Presidents Cup, when the PGA Tour posted a video of crews at Quail Hollow using pool noodles attached to bunker rakes to impart a special smoothness to the sand. 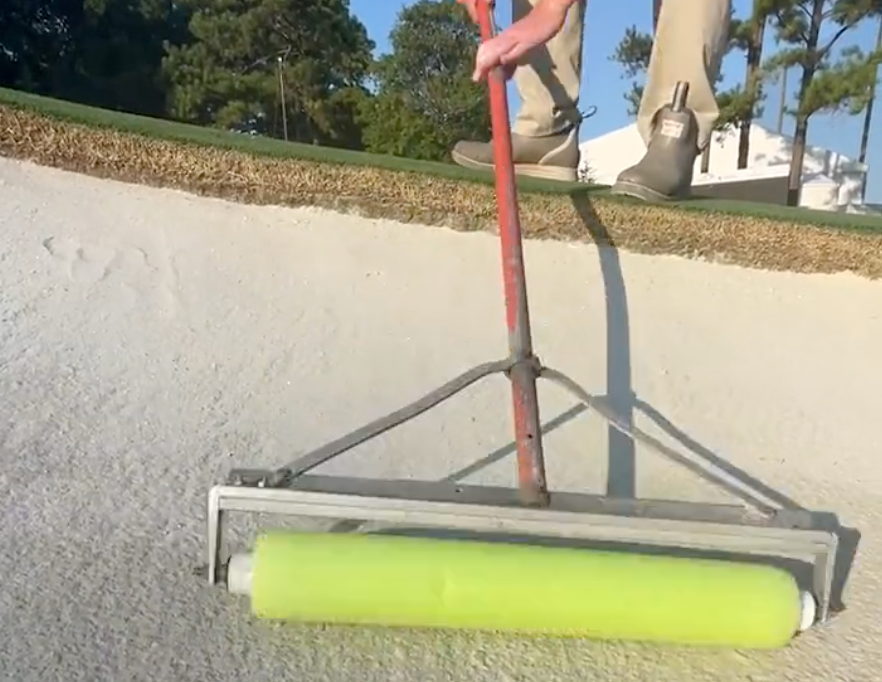 The Presidents Cup, of course, draws a ton of volunteers, and the noodles were a luxury touch. But it doesn’t change the fact that superintendents lean on jury-rigged equipment hacks for all kinds of tasks. With help from Terry Buchen, a retired superintendent and 50-plus-year member of the Golf Course Superintendents Association of America (as well as through some digging of our own), we found 7 other examples of this MacGyver-like approach to upkeep, with common items turned into handy course maintenance tools.

Just as many hands make light work, so do many rakes. Witness this cluster of attachments used to scrape up pine needles at the Club at Black Rock, in Coeur d’Alene, Idaho. Once gathered into piles, the pine needles get sucked up by a large vacuum sweeper machine. 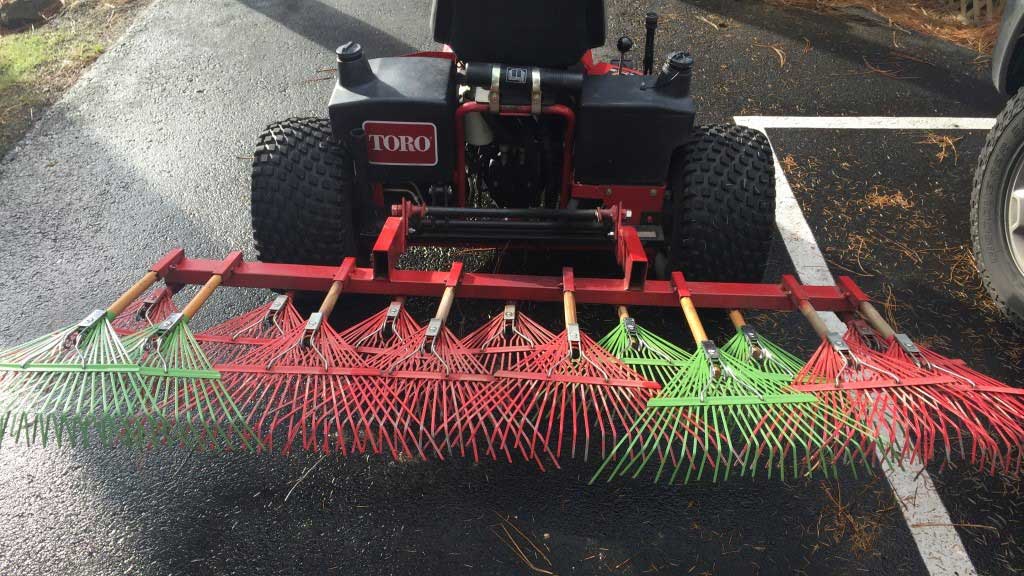 How do you make sure that your tee markers are lined up straight? At Laconia Country Club, in New Hampshire, a T-shaped irrigation pipe does the trick. 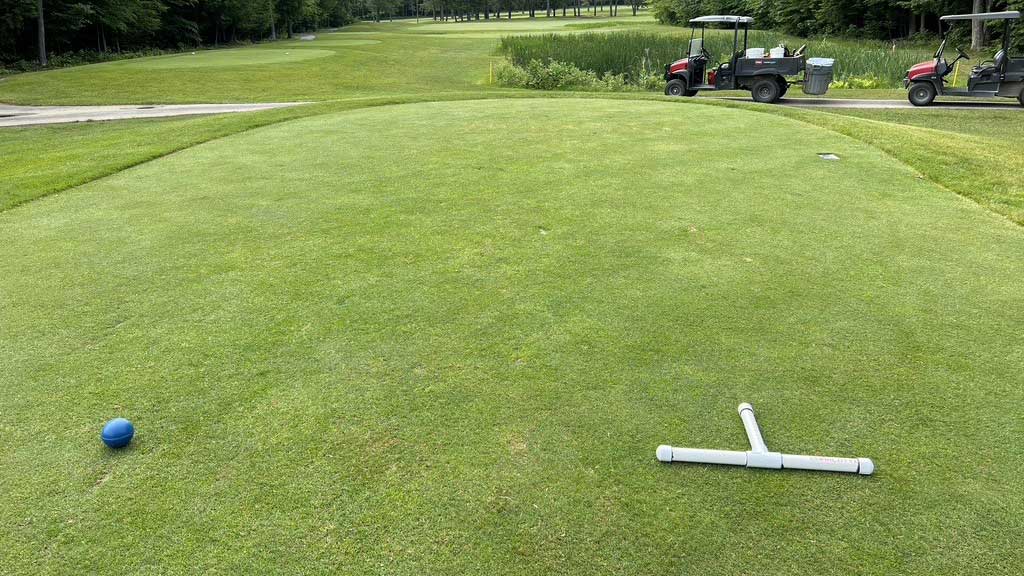 A plain-old tool helps carry out a task of painstaking precision at Aspetuck Valley Country Club, in Connecticut, where a threaded rod attachment with a flexible rubber end keeps the mowing width at 30 inches. 4. This doormat doesn’t just get walked on

Not all doormats lie around passively. At Spanish Peaks Mountain Club, in Montana, a shaggy cocoa-colored mat plays an active role. Attached to the bottom of a mower’s grass catcher, it lifts blades up before they’re cut to help control surface grain. 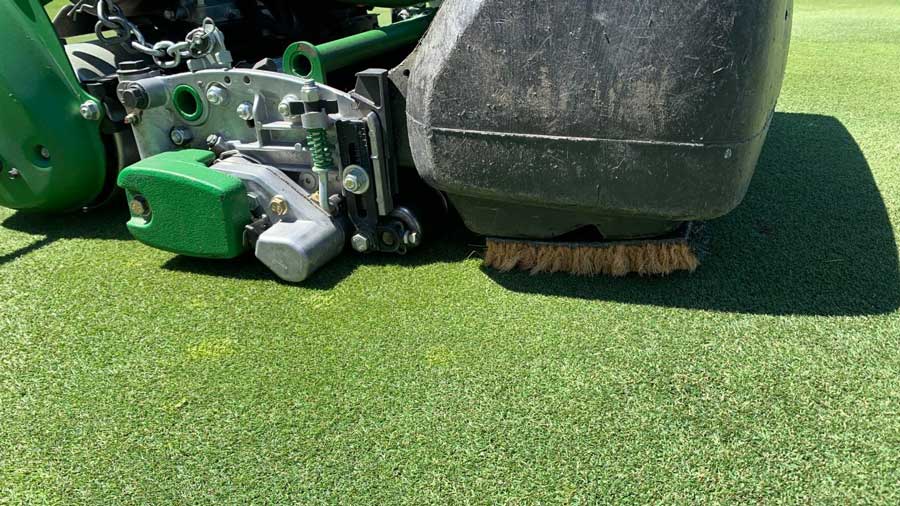 Talk about street smarts. At Stock Farm Club, in Montana, an asphalt street roller is used to smooth sod during the resurfacing of greens. 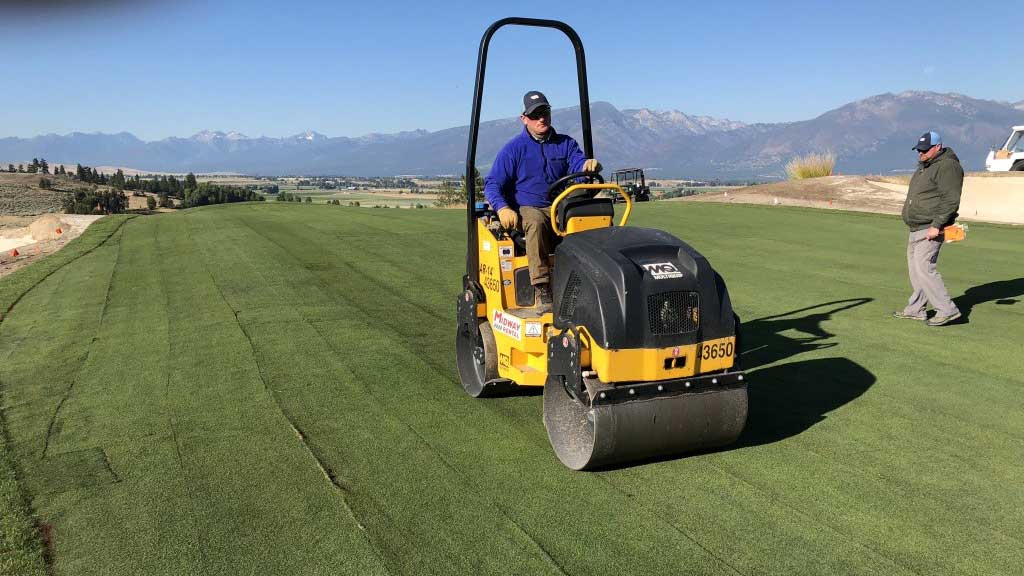 Tupperware. It’s not just for leftovers anymore. At Sentosa Club, in Singapore, which often hosts televised events, the maintenance staff uses small round pieces of Tupperware to protect the cups during weather delays. 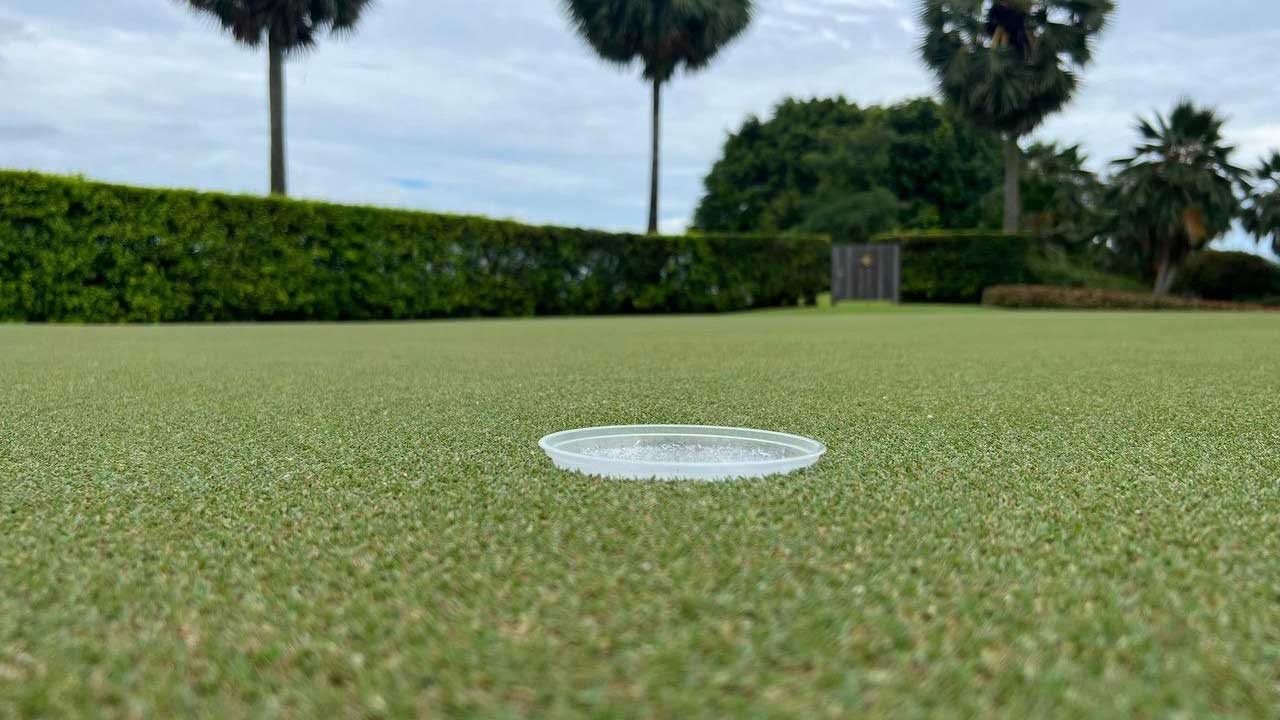 At the Plantation Course, in Kapalua, the gun rack on this buggy is not for birdie hunting. It’s for the safe transport of a soil moisture reader, a device that no one wants to see get damaged, as it might if it were bouncing around in the back of the cart. 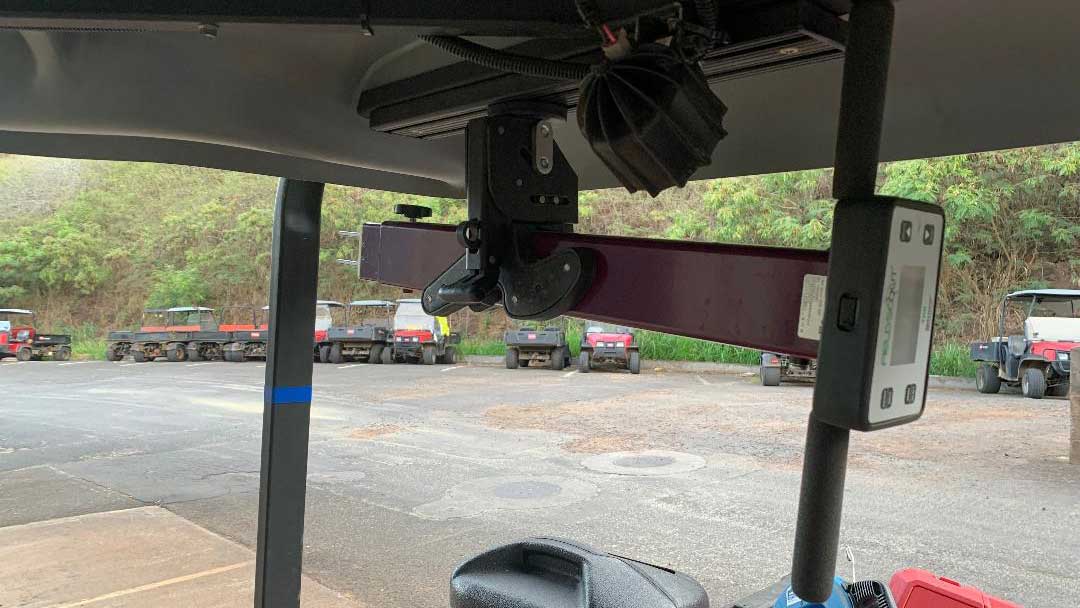 A golf, food and travel writer, Josh Sens has been a GOLF Magazine contributor since 2004 and now contributes across all of GOLF’s platforms. His work has been anthologized in The Best American Sportswriting. He is also the co-author, with Sammy Hagar, of Are We Having Any Fun Yet: the Cooking and Partying Handbook.

Letters, Jan. 18: ‘Why does the NDP hate improving our health care?’