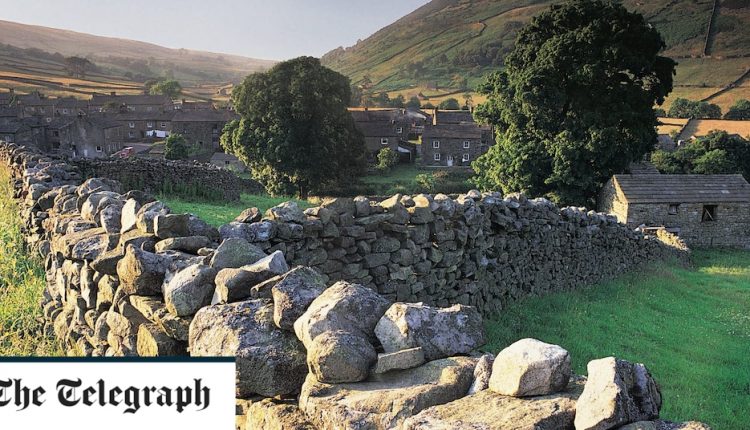 Think Dartmoor or Wales, the Yorkshire Dales or the Peak District National Park – you couldn’t imagine them without their dry stone walls. They seem to tie a hang around a Sunday joint as securely as a string. The National Farmers’ Union feels the joy that it has asked the government to pay its members to maintain the stone walls on their farms. I support you. I’m just surprised because the Agriculture Act going through Parliament is about reallocating money from the late, non-parliamentary Common Agricultural Policy so that they pay for things the public really likes, rather than farmers by the amount Subsidize land they own. that the NFU has to make the case.

Even so, not everyone is as professional as I am. The reconstruction lobby must hate this intrusion that humanity is imposing on the natural environment. They would rather leave nature to reclaim the fields. But the argument is deceptive. There is no really wild place on these islands. Every part of them has been sweated for what it will produce for centuries if not millennia. Some field walls in the Lake District were erected in the 16th century or earlier.

The rebuilding is just a facade: at Knepp Castle in Sussex, the main flag of the movement, they have a hands-off approach in which the vegetation is shaped by robust domestic animals such as longhorn cattle. The result is an interesting type of park that differs from other properties in the south of England and features more butterflies. But it’s not wild. When animals get sick or starve, they are removed. In a real wilderness they would be dropped and a multitude of crows would feed on their corpses. The public wouldn’t want to see it, however.

Personally, I’m happier with the stone walls of the Dales, preferably with a flock of sheep in view. My only concern is for the NFU. I remember the last time grants were given for stone walls. A Lancashire landowner complained that he could not get any further payment from this source as all of his walls had been restored. There wasn’t enough to go around. My heart was bleeding.

We have a man-made landscape. What we once considered idyllic landscapes like the Lake District was full of industries, some of which, like lead mining, were harmful. Nowadays it has other uses such as tourism and the subsidy regime will pay farmers to block the drains and rewet their fields. Moorland absorbs carbon from the atmosphere and prevents rainwater from flowing into rivers too quickly and causing flooding. Let us hope that a plan can be developed to save the hedgehog, whose numbers have plummeted in recent years. They were often observed in two dimensions in the 1970s after being flattened by car tires on country roads. You rarely see that now.

One unlikely hedgehog fanatic is Brian May, who campaigns against construction work at a supermarket that he says will harm the hedgehog population. Paradoxically, he’s also famous as the badger’s champion. Brian, you can’t have both. Badgers compete for the same food as hedgehogs. You can also unroll the curled up hedgehog with their strong paws and tear out its insides – the sound is said to be tragic. As always, it’s up to the people to decide what to see in the countryside. I love badgers, but it’s possible to have too many.