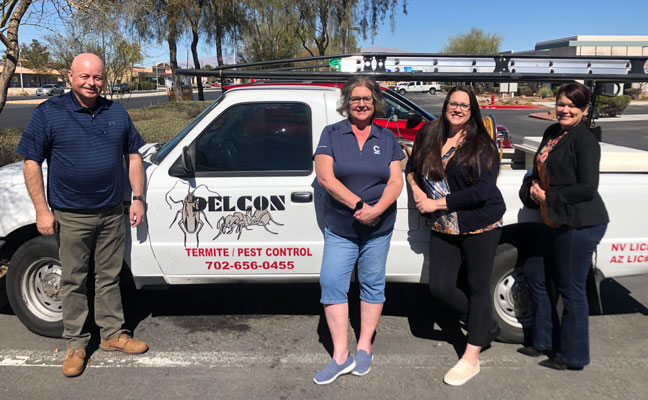 Misty Goodroad is president and owner of Delcon Pest Control, which her father founded in the 1980s. She will continue in the pest control industry as the president of the Nevada Pest Management Association.

“I grew up in the pest control industry, so I understand that the commitment to technical expertise and employee support can truly set a company apart in this business,” Goodroad said. “With Certus, I know I’ve found a company that will continue to serve my customers and employees with this focus.”

“Although I’ve led a smaller owner-operator pest control business, I still wanted to sell to a company that understood the Las Vegas market and would take good care of my customers. I’m happy I found that in Certus,” Jackson said.

Mike Givlin, CEO and co-founder of Certus, added, “Over the past year, we have built a significant presence in the Nevada market, bringing five Las Vegas-based companies into the Certus family. The additions of Delcon Pest Control and Jackson Pest Control make that foundation of quality and service even stronger.”

Founded in 2019, industry veteran Mike Givlin partnered with Imperial Capital, a mid-market private equity firm from Toronto, Ontario, Canada. Together they formed Certus, envisioning a new platform to partner with leading pest control companies across the US and Canada.