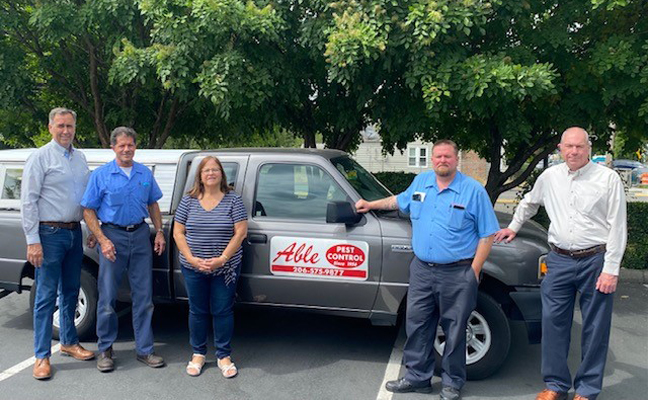 Founded in 1956, the company provides pest control services for the greater Seattle area. James Nation Sr. bought the company in 1985 and employed his three children Jim, Jerry and MaryAnn.

In 2014, Jim and Jerry bought the business from their parents and continued to run the business, with MaryAnn running the office.

“With all three of us retiring, it has been difficult to find the right company to trust to deliver on our service promise to customers,” said Jim in a press release. “But discussions with other owners and potential buyers made it clear that Certus was the right choice.”

“Our company has always looked after the family and my son plans to keep the business going,” added Jerry. “Certus welcomed him to his team and offered him a home where he has more growth potential and support.”

Mike Givlin, CEO and Co-Founder of Certus, said: “With their community standing, their commitment to the family and their decades of customer relationships, Able Pest Control is exemplary of what we are looking for in a Certus family business.

In 2019, CEO and co-founder Mike Givlin partnered with Imperial Capital, a medium-sized private equity firm based in Toronto, Canada. Then Certus was launched and entered the pest control market in the Pacific Northwest in 2019 with the first two acquisitions: Mathis Exterminating, Puget Sound, Washington, and Eco Elite Pest Control, Seattle, Washington.

This indoor tree has thrived for more than 50 years