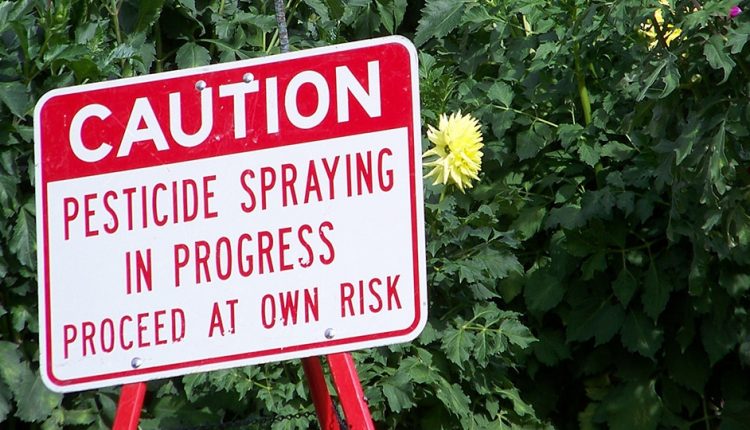 Chlorpyrifos and the trouble with how Canada manages dangerous pesticides

Pest control products are used to control a variety of pests on agricultural products as well as in homes, industrial facilities or even in wilderness areas to control invasive species. But these powerful chemicals can also be harmful to human health — so who protects us from pesticides? And what happens when that protection falls short?

A particularly controversial pest control product is the organophosphate chlorpyrifos (pronounced ‘klohr-pir-uh-fos’ — we know, it’s a bit of a tongue twister). In Canada, chlorpyrifos is commonly used on crops such as wheat, garlic, canola, and potatoes. During the past two decades, it has become increasingly clear that chlorpyrifos poses potential dangers to both human health and the environment. Most notably, it has become notorious for its potential, even at low levels of exposure, to cause brain damage in children.

Now, Ecojustice is headed to courton behalf of Safe Food Matters other Prevent Cancer Nowto fight for greater transparency, consistency, and accountability in how the Pest Management Regulatory Agency (PMRA) makes decisions about harmful chemicals that impact the health of Canadians. We are shining a light on the flawed decision-making rationale it relied on to maintain a three-year phase out of chlorpyrifos, despite the potential dangers it poses to Canadians.

Before we dive into too deep, let’s take a step back and start with some basics.

What are pest control products?

How are pesticides regulated in Canada?

In Canada, the Pest Management Regulatory Agency (PMRA) is an agency of Health Canada responsible for the regulation of pest control products. Under authority of the Pest Control Products Actthe PMRA is responsible for:

Under the Pest Control Products Act the PMRA is mandated to use a scientific approach to determine whether pest control products are useful and whether there is a reasonable certainty that no harm will occur to the environment or human health, including to future generations. Where pest control products fall short of this standard, the PMRA has legal obligations to refuse to register or cancel the registrations of these products.

The saga of chlorpyrifos and the PMRA

The PMRA has been re-evaluating the use of chlorpyrifos since 1999 (to put that into perspective, the PMRA has been working on this since ‘Believe’ by Cher was topping the charts). The agency has previously restricted its use in certain circumstances due to the dangers the pesticide poses to human health.

The PMRA repeatedly stalled and delayed updating its human health risk assessment as part of the re-evaluation, focusing instead on environmental risks. While it delayed, the evidence accumulated that low levels of chlorpyrifos posed human health risks, including brain damage to children.

Eventually, regulators in Europe and the United States found that they could not conclude that chlorpyrifos posed acceptable risks to human health. With the writing on the wall for this pesticide, the main registrant advised the PMRA that it would no longer support the registration.

On May 13, 2021, the PMRA finally decided to cancel all uses of chlorpyrifos. This decision (the First phase out decision) was made based on the failure of registrants to provide essential human health data for determining exposure risks to Canadians.

However, inexplicably the PMRA gave chemical manufacturers and the agricultural industry three years to phase out the use of this toxic chemical. The PMRA allowed the product to be sold until December 2022 used on imported foods indefinitely and on Canadian-grown foods until December 2023. The PMRA never completed their own human health risk assessment and provided no reasons for granting the extended phaseout. However, PMRA scientists flagged serious concerns about potential dietary health risks and the extent to which other risks, such as occupational risks, were essentially unknown.

Ecojustice, on behalf of Safe Food Matters and Prevent Cancer Now, launched a lawsuit challenging the extended phaseout. As a result of this lawsuit, the PMRA admitted it acted unreasonably and conceded that the First phase out decision should be set aside.

Instead of allowing the Court to set aside the decision and to review the concerns raised by the PMRA’s scientists, the PMRA then released its Second phase-out decision in December 2021, which purports to ‘replace’ or ‘supersede’ the First phase out decision and ‘confirm’ it; disappointingly, the decision maintains the same extended phaseout until December 2023.

While the first decision included no supporting reasons, the second decision provides a risk management rationale based on a lack of serious and imminent risks. In the decision, the PMRA defines these risks in terms of serious bodily harm or death to an actual person and ignores the concerns raised by PMRA scientists. Ecojustice, on behalf of the same clients in the first lawsuit, recently launched a new lawsuit challenging the revised decision.

What concerns does the lawsuit raise?

The groups challenging the second decision say that the PMRA’s choice to continue with a three-year phaseout is unreasonable because the PMRA misapprehended the evidence available to the agency and reverse-engineered reasons for its prior unreasonable decision. The decision highlights contradictions, inconsistencies, and a lack of transparency in the agency’s decision-making process. In their pleadings, the groups raise numerous concerns including:

The PMRA has a disturbing history and pattern of contradicting its internal scientific assessments and cherry-picking evidence to support its desired outcome. When it comes to chlorpyrifos, its decision-making logic has been all over the map.

In January 2020, the European Union decided not to renew the approvals of chlorpyrifos and chlorpyrifos-methyl. The decision was based on evidence related to human health impacts including possible genotoxicity and developmental neurotoxicity. In August 2021, the United States Environmental Protection Agency announced it would stop the use of chlorpyrifos on all food to better protect human health.

Exposure to chlorpyrifos clearly poses potentially serious risks to human health. Health Canada is aware of these potential risks, yet it has decided to allow the continued use of this dangerous toxic chemical on Canadian food. This decision ignores the state of the science on this ingredient. By heading to court, Ecojustice and our clients are fighting for the accountability and transparency Canadians deserve from their government.

the Pest Control Products Act is overdue for statutory review and is undergoing policy changes in 2022; Ecojustice will be engaged in this process. We are calling for a shift to timely reassessments of harmful pesticides already on the market, based on adequate scientific data. Should the risks to human health and the environment be unknown or found to be too high, the PMRA must get harmful pesticides off the market and out of use quickly and focus on less risky or harmful pest control strategies.