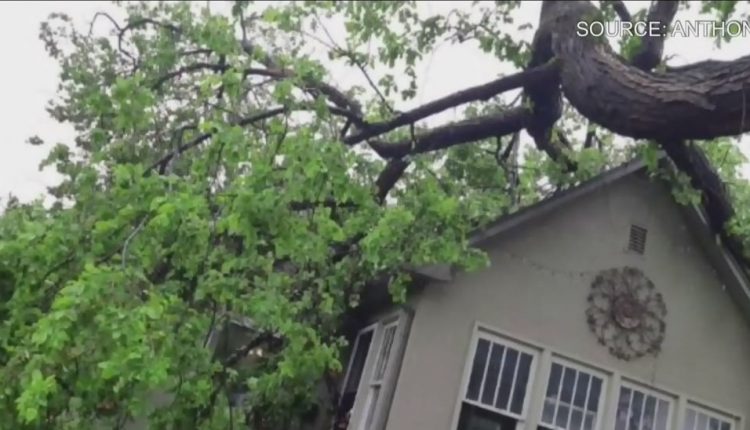 City tree falls on North End home, resident on the hook for damages

A heavy rainstorm that swept through town last month left a Winnipegger with serious damage to his home and a large repair bill.

Anthony Fife said on June 9 that severe storm winds toppled a tree and crashed it into its roof.

“The tree where it fell has a hole in the roof,” explained Fife. “We had water damage, it was raining all the time and it was a two-hour wait on the phone with the 311 to reach them.”

The tree that fell on the roof of Fife was on the town’s property.

He said the city had come to clean the tree and remove the stump, but when Fife filed a claim for damages, the city sent him a letter telling him he was hooked.

“We have completed our investigation into your claim and find no liability on behalf of the City of Winnipeg,” Fife read from the letter.

He filed a claim with his insurance company, but believes the city should pay for the damage.

In a statement to CTV, a Winnipeg city spokesman said:

“Property owners are advised to report any damage to their property insurer to see if they are covered. If property insurers believe that the city is responsible for the costs associated with the damage, the contract allows them to seek redress from the city on behalf of the insured landowner. “

“Unfortunately, we are seeing more and more damage from wind and trees due to the storms caused by climate change.”

Fife believes the city must cover his deductible if he is forced to file a claim through his insurer.

“At some point you lose confidence in the city,” said Fife. “We just don’t think it’s fair for us to take the brunt of it.”

6 things to do right now for a great lawn next year, according to a landscaper

One Tree Per Child needs more locations to plant trees