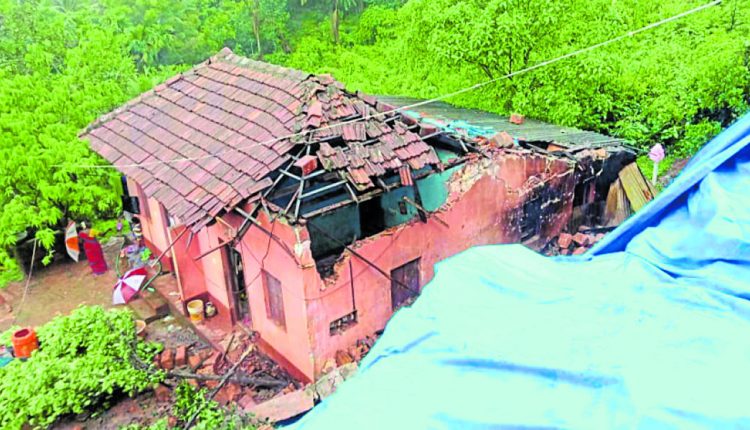 Four houses damaged due to collapse of retaining walls in DK

Retaining walls collapsed after heavy rain and damaged up to four houses in various incidents on Sunday.

A house was damaged after a retaining wall collapsed on it in Pattori, on the border of Konaje Police Station. Three children, Akash, Ashwith, and three-year-old Aradhya, who were in the house, had a precautionary escape when they ran out of the house when the retaining wall fell on the house.

With the house completely damaged, a philanthropist, Prakash Shetty, Thirumal Swamy and his family in Asaigoli offered temporary protection.

A Razia was injured when a retaining wall fell on their home in Amblamogaru, Tilaknagar. Another house in Kavoor was also damaged by heavy rain. In the Taluks of Belthangady, Sullia and Puttur it rained heavily on Sunday.

In the Chikkamagaluru district

Some parts of the Chikkamagaluru district received rain on Sunday. During the day it rained at times in the district.

The city of Chikkamagaluru, Sringeri, Koppa and the surrounding area received moderate rainfall.

In the Kodagu district

The Best Artificial Grass for Your Outdoor Space

Resentment blossoms as feud over lawn care in Kenmore…