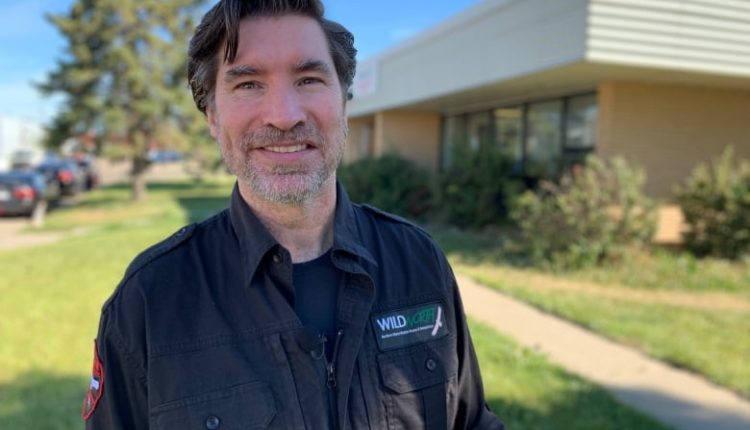 From pigeons to coyotes, what makes an urban wildlife species a pest for humans?

From the pigeon pooping on your roof to the skunk hiding under your porch or the coyote lurking in the darkness, what is it about an urban wildlife species that earns them the label of pest?

Multiple factors are at play, wildlife experts say, but it starts with the use of that one word – pest – which they argue is highly problematic.

And whether you call them pests, urban wildlife or wild neighbours, depends on how many of them are in your city.

With the largest green space of any city in North America, Edmonton is home to more than 250 species of wildlife including mammals, birds, fish, reptiles and amphibians, most attracted by the river valley.

Take magpies, seagulls and pigeons, for instance. The birds are most common in cityscapes like Edmonton and they come with some pretty negative reviews.

Their sheer abundance means many see them as pests.

“If they were an endangered species, we would love them all,” says Gienow.

It can also depend on how often you interact with these creatures in a negative way.

Dale Gienow is the executive director of WildNorth rescue and rehabilitation center in Edmonton. (David Bajer/CBC)

If an animal is in a wild space, away from human beings, accessing wild food sources, we generally don’t see them as a problem.

But once they interact with people, damage property, raid garbage or pose a potential threat to our livelihoods, pest-perception rises.

“Really it’s a people problem, the way we’re interfacing with those animals and encourage them to become pests,” Gienow says.

It depends on who you ask

Coyotes are certainly pests to some people, says Colleen Cassady St. Clair, a professor at the University of Alberta and leader of the Edmonton Urban Coyote Project.

“The idea of ​​a pest is a little bit like beauty. It’s in the eye of the beholder,” St. Clair says.

For farmers, coyotes can be tremendous pests because they may prey on livestock like sheep and chickens.

But people living in cities may consider them pests due to safety concerns, especially when it comes to their small dogs or small children, though, as St. Clair notes, attacks on children are “very, very rare.”

According to the city, there is an estimated 1,500 coyotes in Edmonton.

Food conditioning, where coyotes become accustomed to humans feeding them, can lead them to become more bold, humans approach more often and become aggressive, which experts agree is bad. 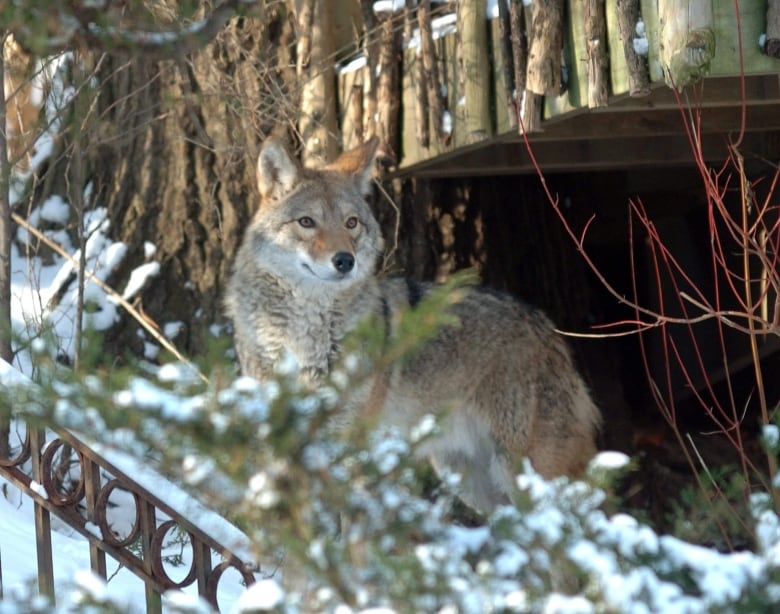 Coyotes have become a common site around Edmonton in recent years. Estimates put their population at around 1,500 animals. (THE CANADIAN PRESS/Silvio Santos)

But some people in cities don’t consider them to be pests at all.

Some enjoy seeing coyotes in cities, as they offer a bit of nature for urban dwellers. Plus, if the proper precautions are taken, like ensuring humans are not feeding them, coyotes can offer ecosystems multiple benefits.

They are scavengers that clean up dead animals which can spread diseases.

They eat grasshoppers, and, to the delight of those in rat-free Alberta, they can help control the rodent population.

It depends on where you live

The nature of pests also changes depending on where you live, and how useful humans think they are.

In Edmonton, skunks are not a particular favorite in the city. Known to live in highly populated areas often under porches or dens, and to raid garbage cans, the stinky critter can make its human neighbors fear leaving their homes.

But like coyotes, they also provide an array of ecosystem benefits, like eating grubs, which keeps lawns healthy, and eating hornets and wasps.

Some people may even prefer to have a skunk to a wasp in their backyard.

In comparison, a fellow garbage raider, the raccoon, is populous in a city like Toronto where they can be found at the highest density in Canada.

But in Toronto, negative feelings toward raccoons are more common. 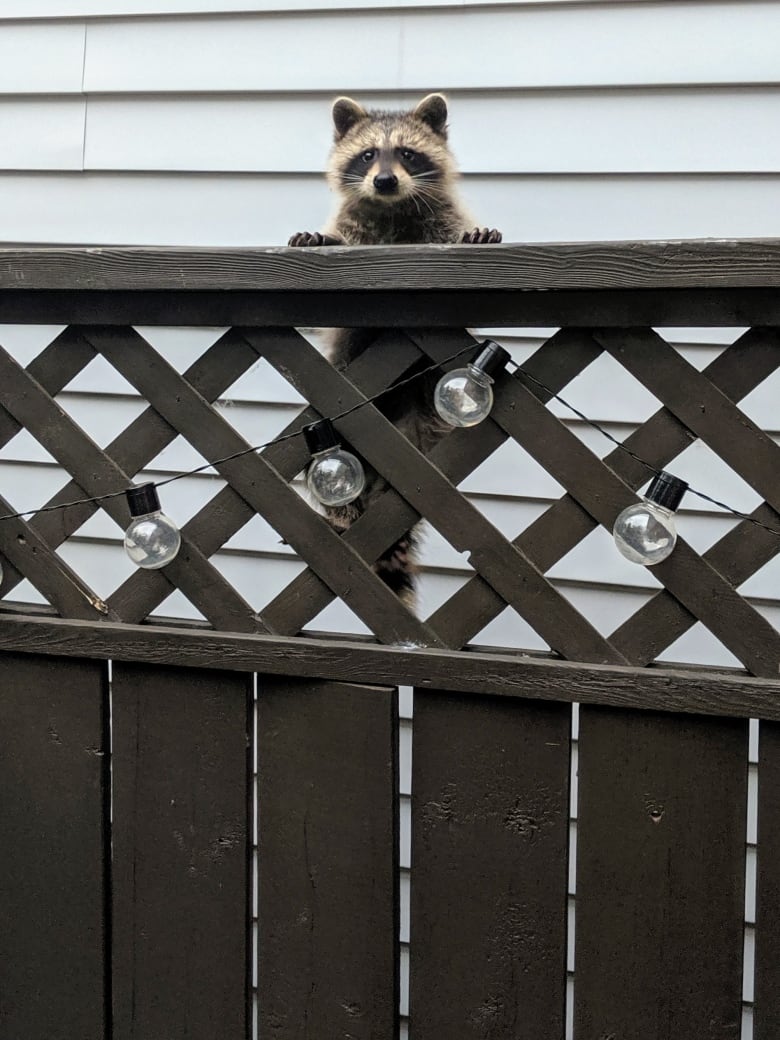 Raccoons are a common site around places like Vancouver and Toronto. (Michael Prestia/CBC)

And what happens when urban wildlife isn’t particularly useful to us at all?

Suzanne E. MacDonald, a psychologist and biologist who studies raccoons, says while the masked bandits are a fascinating species to watch, they don’t really offer many ecosystem benefits, which influences whether or not humans think of them as pests.

“[But] what benefits do humans have?” MacDonald asks.

“Not very many. But, you know, we are all here, and so we need to get along.”

And it changes over time

There are also species that were once deemed useful by humans that aren’t anymore.

So is the case with pigeons.

Sometimes called “rats with wings,” Rosemary Mosco, author of A Pocket Guide to Pigeon Watching, says pigeons weren’t always regarded as pests. In parts of England and France in the 1700s and 1800s, Mosco says they were seen as a symbol of wealth.

“They were like a Ferrari. They were a status symbol.”

European colonizers introduced the species of pigeon that are common in cities across North America, bringing them over as sources of food, pets and as messenger birds. Squirrels were another common pet that would go on to become a pest. 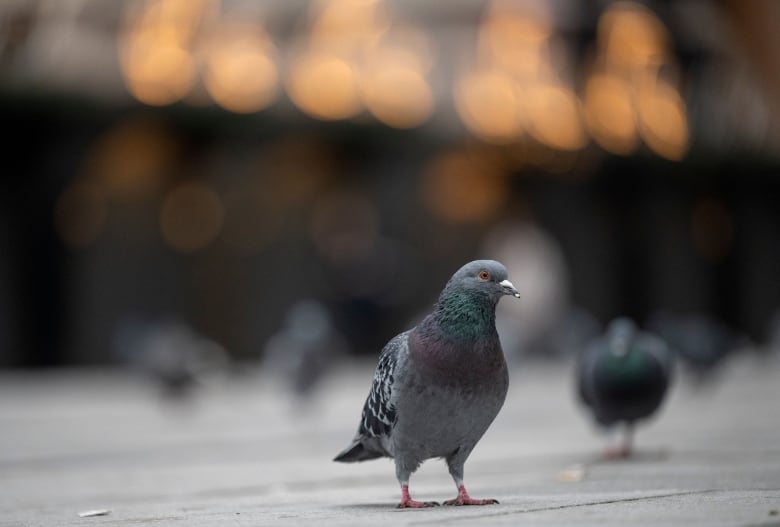 But eventually, their uses in agriculture and for communication were replaced by other things. The pigeon was abandoned once they were no longer of use to humans.

“They became really obsolete,” says Mosco, “and then people forgot why they were in our cities.”

In some cases, Mosco says labeling the pigeon as “troublesome” pests full of disease, is unwarranted.

In the 1960s, pigeons were scapegoated for spreading meningitis in New York City. While they can spread diseases, experts say that the negative perception of pigeons being more disease-ridden or dirty than any other bird isn’t really based on evidence.

For Gienow providing education to mitigate human-animal conflict can help.

He says it’s important to remember that we have to learn to live with the wild creatures that inhabit our cities. Ensuring we don’t feed them, clean up our garbage, and keep our distance, we can reduce the number of human-animal conflicts that arise.

Another consideration? To a lot of our wild neighbors, they may think the biggest pest around is, well…you.

The Pest Border Barrier is an Exclusion Solution for PMPs

The Pest Border Barrier is an Exclusion Solution for…