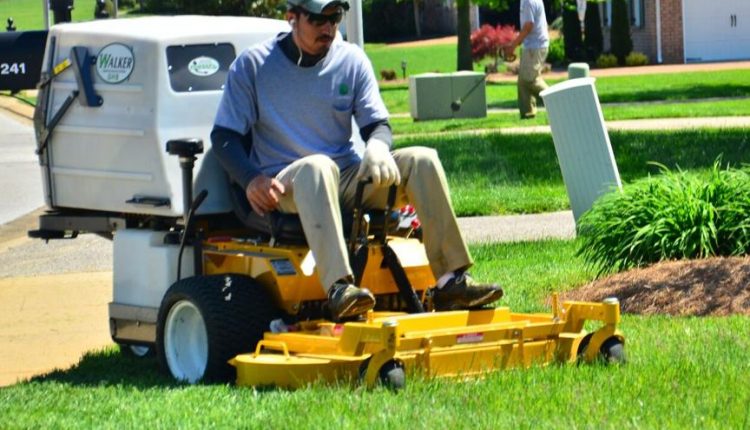 Nashville-based GreenPal, self-described “Uber of Lawn Care” owned by three Middle Tennessee graduates, has expanded to meters across the US border while dealing with a pandemic.

The company is now a national (soon to be international) company, but it has its roots with door-to-door beginnings in Rutherford County.

“It all started in Murfreesboro,” said GreenPal co-founder Gene Caballero.

The company’s three co-founders – Caballero, Bryan Clayton, and Zach Hendrix – are all from Rutherford County who have transitioned from playing soccer together at Oakland High School to running a digital service that connects homeowners with a one-stop option for local lawn care workers .

The three MTSU graduates have been friends for over 25 years and launched GreenPal in 2012.

“The whole Uber, Lyft, AirBnB craze was just gaining popularity on the west coast,” Caballero said. “We knew that if someone sent a stranger to pick them up or let someone sleep on a stranger’s couch for extra money, at some point they would do the same with lawn care.”

Caballero and Clayton had individually mowed lawns during their high school and college years in the county. Caballero said he mowed grass to save money, while Clayton took the professional route at the age of 18 by co-founding Peach Tree Inc., a landscaping and irrigation service.

In the early days of GreenPal, the trio, with electronic tablets in tow, knocked on doors in Rutherford County, Franklin and Nashville to showcase their “foreign concept”. Caballero said the usual response is confusion.

“What do you do if you knock on my door on a Saturday?” Caballero laughed, repeating the sentence that the team often got from homeowners back then.

“As humble as this process is, we learned a lot about our product, what homeowners would want and need, and it also gave us confirmation of our service that this was something that would work and what the homeowner was looking for.”

Homeowners can visit the GreenPal website (https://www.yourgreenpal.com/tn/murfreesboro-lawn-care) or download the app to match a list of verified lawn care services in their area. They can enter their address and the date of the service to receive price quotes, ratings, reviews and photos of previous work to select the provider based on their needs. Vendors can then bid on the property after viewing it from the Google Street View perspective.

The company does not set the cost of services, but receives five percent of the service fee for each lawn job. Customers will not be billed until the service is complete and they have had the opportunity to approve it based on the photos submitted by the provider.

From 2012 to 2015, the company was in what Caballero called the “build process” trying to create a website that would be easy to use for both customers and turf service providers. The company added about one new market annually, then several markets per month through 2015.

He attributes much of the company’s traction to timing and customers’ desire for instant gratification.

“You don’t want to wait. They will no longer call a taxi, and probably no longer a hotel, ”said Caballero, referring to the“ pinpoint ”timing of the company’s launch.

Last year, GreenPal’s expansion skyrocketed with expansion to 50 new markets and doubling sales during the pandemic. Caballero said the need for contactless services played a large role in this growth.

He explained that many states did not recognize landscaping as an essential service at the beginning of the pandemic, which meant that several mowers had no choice but to stop doing business. Because of this, GreenPal saw an “overwhelming number” of older demographics signing up for the service and an increase in vendors hoping for approval to continue to find work.

“I would say that about 20 percent of salespeople who signed up last year were forced to be laid off or unable to find work because of the pandemic,” Caballero said. He said the company was grateful that it could serve both sides of the business: the customers and the suppliers.

Although they have included snow removal on their list of available services, the launch in Canada won’t happen until early June when the weather warms up.

GreenPal’s goal is to continue to convince customers that the grass is greener on the digital side and aims to become the “standard way” for “homeowners to find their lawnmower”.

“The status quo is still our number one competitor,” said Caballero. “We want to try to dominate North America in the next three to five years.”

Construction through COVID-19 in Canada: A Guideline for what each Province and Territory is Doing [Current as at May 11, 2020]