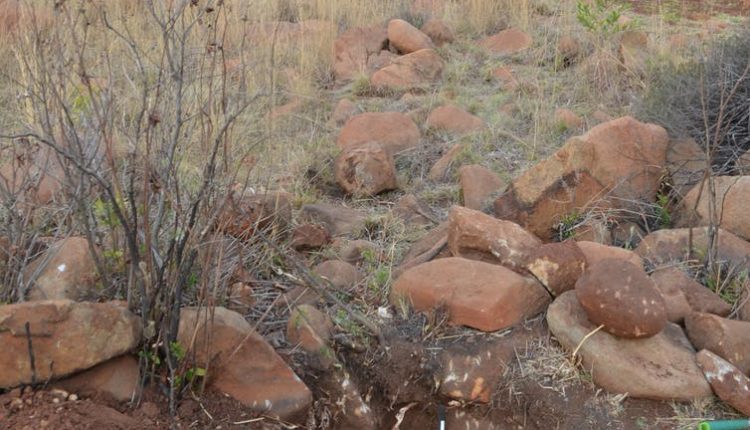 When walking in the green hills of Mpumalanga in northeastern South Africa, you might stumble upon some stone walls. These walls either poke your toe or appear at about chest level through the grass, these walls guide and disrupt your path.

As you climb these gentle slopes, your gaze will be drawn to circular and linear patterns. From above you can quickly see that these patterns are remnants of cities – collections of homesteads, traditional households, terraces and streets. These ruins are the remnants of the Bokoni Politics, a region that contains the southernmost collection of stone terrace farming sites in Africa.

Archaeologists are studying the Bokoni sites as they are a marvel of the innovation and ingenuity of urban agriculture.

In our research, we broke new ground and solved a mystery that has occupied scientists for decades – when the first sites were built. Our knowledge was made possible by techniques and technologies commonly used in geology.

The search for the beginning

Archaeologists, in collaboration with historians, have defined four phases of occupation for Bokoni. Oral traditions give a special insight into Phase II, the height of urban growth and urban planning of the Bokoni, when the larger cities were occupied.

For example, in 1936, as part of his research on the SeKoni language, linguist CW Prinsloo mapped the extent of Bokoni in the 19th century and pointed to earlier capitals. Oral Pedi lore recorded by missionaries in the 1960s refer to the Marateng (Pedi) Royals who encountered SeKoni speakers around AD 1650.

But there are no known historical reports of Phase I. So it was not known exactly when the bokoni appeared until now. But by turning to material records and archaeological science, our research has solved this enduring mystery.

We used a technique called luminescence dating to unravel the origins of this tradition. Today we know that Bokoni Phase I was built as early as the 15th century – before European colonization or trade reached the interior. And that the bokoni farmers prospered for centuries, despite the unrest that hit the nearby banks.

These results disrupt past narratives that denounce the presence and skill of African farmers before and during colonization. They also offer new ways to understand individual life and family patterns. This research helped us reconstruct when people began building these incredible structures, how long a household was inhabited before the task, and how their successors interacted with the structures left behind.

The four phases identified by the researchers as key periods in Bokoni politics are as follows.

Phase I marks the emergence of Bokoni (the date of which was previously unknown). Phase II, in the 17th and 18th centuries, saw the height of Bokoni’s city growth and planning. During this time, most of the residents of Bokoni were urban farmers, first in and around the capital Moxomatsi and later in the successor capitals of Mohlo-Pela and Khutwaneng, which is in what is now Mpumalanga in South Africa.

Phase III marks the beginning of the upheaval that led to the decline of Bokoni in the 19th century, while phase IV documents the diaspora from the middle of the 19th century. Bokoni broke up due to regional conflicts in the early to mid-19th century.

Given the lack of written or oral history from Phase I, we turned to the science of dating in our search for answers.

Read more: Explainer: What Is Radiocarbon Dating And How Does It Work?

Luminescence dating was much more appropriate for the Bokoni site. Optically stimulated luminescence is a dating technique that measures when quartz or feldspar grains in the soil were last exposed to light or heat. This timestamp tells us when these minerals were buried (or locked in an object like a pot).

A GIF showing the process, Ruby-Anne Birin via GIPHY

The scientists then measure the dose ingested by the grain and divide it by the rate at which that dose was ingested. This value provides the date of the last exposure to light, which enables us to determine when a material or surface was buried or when a pot was last burned.

Our team has applied this technique to two homesteads in the village of Komati Gorge Village, a southern town in Bokoni. We already knew that one homestead was older than the other as many of its stones were used to build the newer settlement.

Our results indicate multiple periods of occupation, abandonment, and new builds. The older homestead was inhabited as early as 1489 AD until it was abandoned around 1577 AD. The builders of the younger homestead reused the older one from around 1682 to 1765 AD. The younger homestead itself was reused sometime between 1738 and the early 20th century.

Future work to refine our understanding of the Bokoni Periods of Occupation may also enable us to better reconstruct the environmental and political landscape in which people lived.