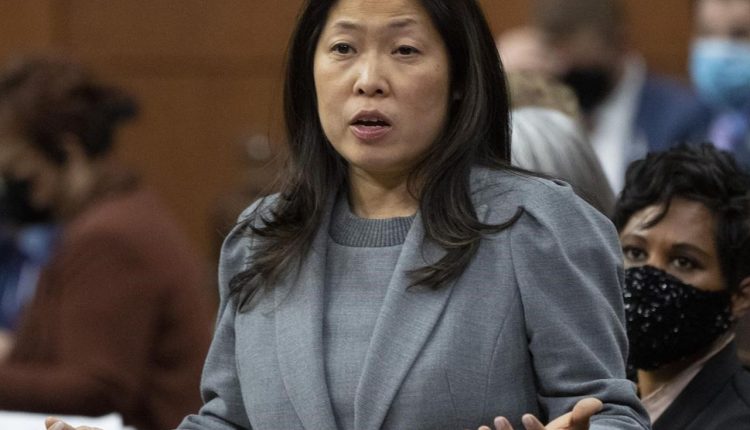 She says that would provide a framework for the Comprehensive Economic Partnership Agreement, or CEPA, a bilateral deal the two countries have been talking about since 2008.

The goals include high-level commitments in goods and services, establishing rules of origin, eliminating technical barriers to trade and setting up a dispute settlement mechanism.

The government of Indian Prime Minister Narendra Modi has implemented a number of policy and structural changes in recent years that have helped open the door to international investment.

In a joint statement, the two countries say two-way trade has bounced back in a big way from the COVID-19 pandemic, reaching US$6.29 billion in 2021, 12 percent higher than the previous year.

They hope to fortify trade and commercial ties in key areas, such as agricultural products, chemicals, automobiles, energy, electronics and minerals and metals.

Ng and Goyal also agreed to “intensified work” on recognizing how Canada approaches pest risk management in pulses, a major export that comprises a staple of the Indian diet.

Pulse crops like lentils and peas account for more than 95 per cent of Canadian agri-food exports to India, which in recent years has imposed tariffs on foreign imports and enforced pest control more stringently as it sought to boost domestic production.

Canada does not fumigate pulse exports to India and has long sought an exemption from rules that require crops to be fumigate before arriving in the country.

“Canada welcomed India’s consideration to allow the import of pulses without penalty in case of fumigation on arrival by methyl bromide until finalization of a systems approach for Canadian pulses,” the joint statement read.

Goldy Hyder, CEO of the Business Council of Canada, said news of renewed trade talks is a welcome development for the Canadian economy.

“Simply put, there is no path to a successful Indo-Pacific strategy without going through India – projected to soon become the world’s most populous country with one of the fastest growing economies,” Hyder said in a statement.

“Many of Canada’s competitors are moving quickly to enhance trade ties, including in the near term, to ensure their businesses have a clear advantage in this critical market. With today’s announcement, Canada is well-positioned to be one of the first advanced economies to secure an agreement with India.”

This report by The Canadian Press was first published March 11, 2022.

Anyone can read Conversations, but to contribute, you should be registered Torstar account holder. If you do not yet have a Torstar account, you can create one now (it is free)

Conversations are opinions of our readers and are subject to the Code of Conduct. The Star does not endorse these opinions.