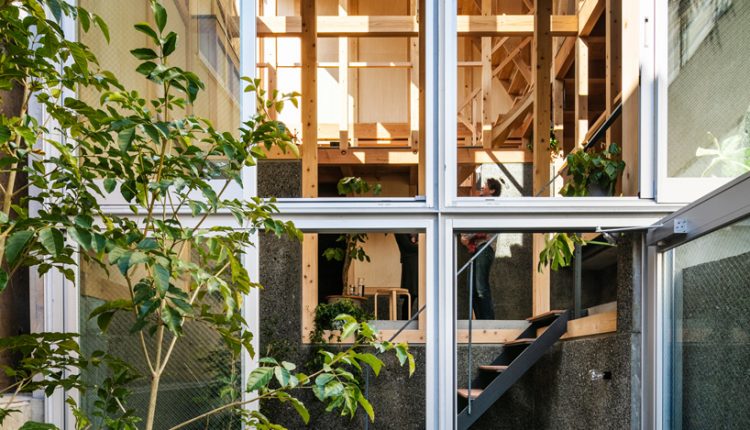 The architects at kiyoaki takeda built a wooden house with five retaining walls that combine nature and artifact by allowing the property to coexist in harmony with the hilly terrain and the earth of its location. is located in the Setagaya residential area of TokyoThe project is surrounded by neighboring lots built on level land and made up of huge concrete walls to accommodate the uneven terrain. In contrast, the design of this home focuses on locking its residents into the earth and encourages a deeper connection with the natural environment despite the urban setting of the place.all pictures © masaki hamada (kkpo)

“I want to bring back the tactile feeling of living in a ‘place’,” notes Kiyoaki Takeda. “It cannot be achieved by just putting soil on the ground. I believe that this sensation can only be achieved if we as human beings are supported and enveloped by the structure of the earth, which emerged from the contrast between nature and artifact. For this house I was striving for an architecture that is filled with the life force that the earth itself takes root. ‘The newly built house was built for a family of young couples and their four children and uses the uneven terrain of the property, which is characterized by a rough slope with a height difference of 3.5 meters. 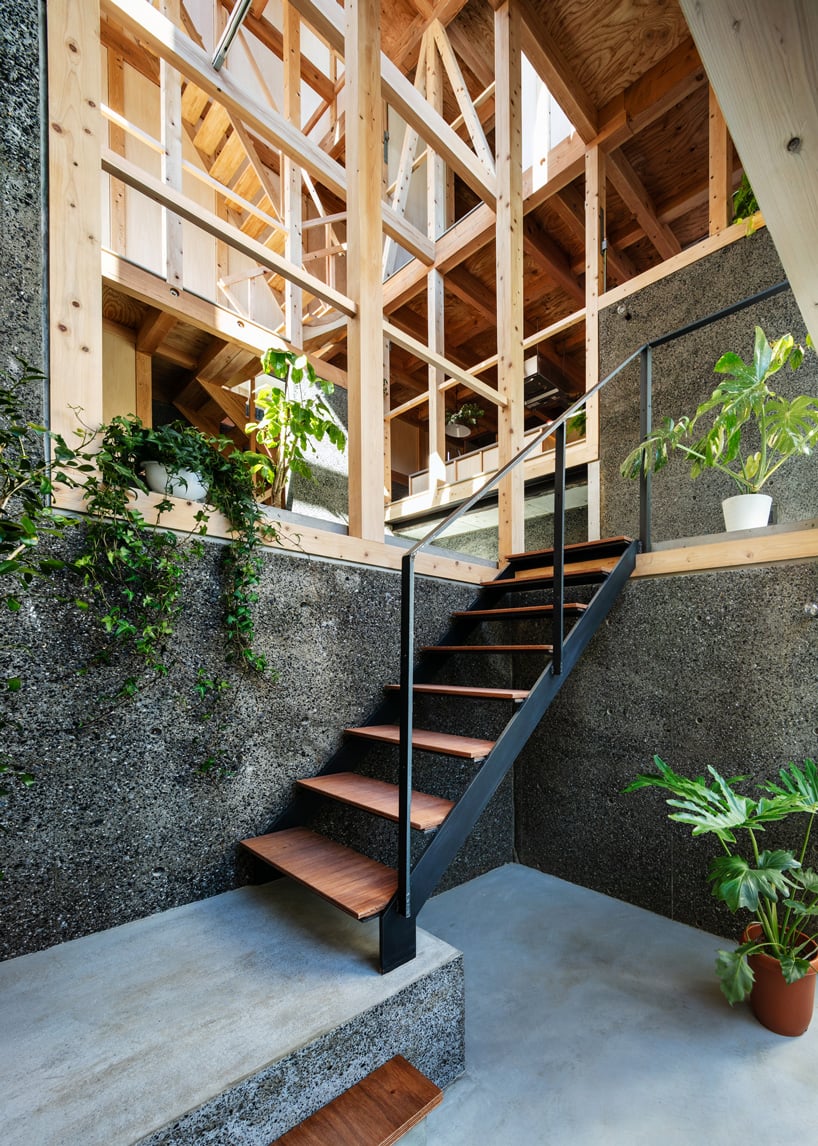 Several small areas have been excavated to make the most of the nature of the site, while various retaining walls have been designed to accommodate the differences in elevation resulting from the excavations. “Five small retaining walls” appeared on site, connecting nature and artefact with each other and each having a different shape. However, all of them follow a flat structure reinforced by L- or T-shaped ribs and bear the earth’s load with their thickness, which is set as thin as possible.

“The thinness of the wall was an attempt to recognize the retaining wall – the building material – as an essential part of the human habitat and to implement this wall inside the house despite its geothermal properties,” said the Tokyo-based architect. “As a holdover from the earth’s struggle and architecture to coexist, this complex boundary between them should be able to provide vivid moments in life in this habitat.” 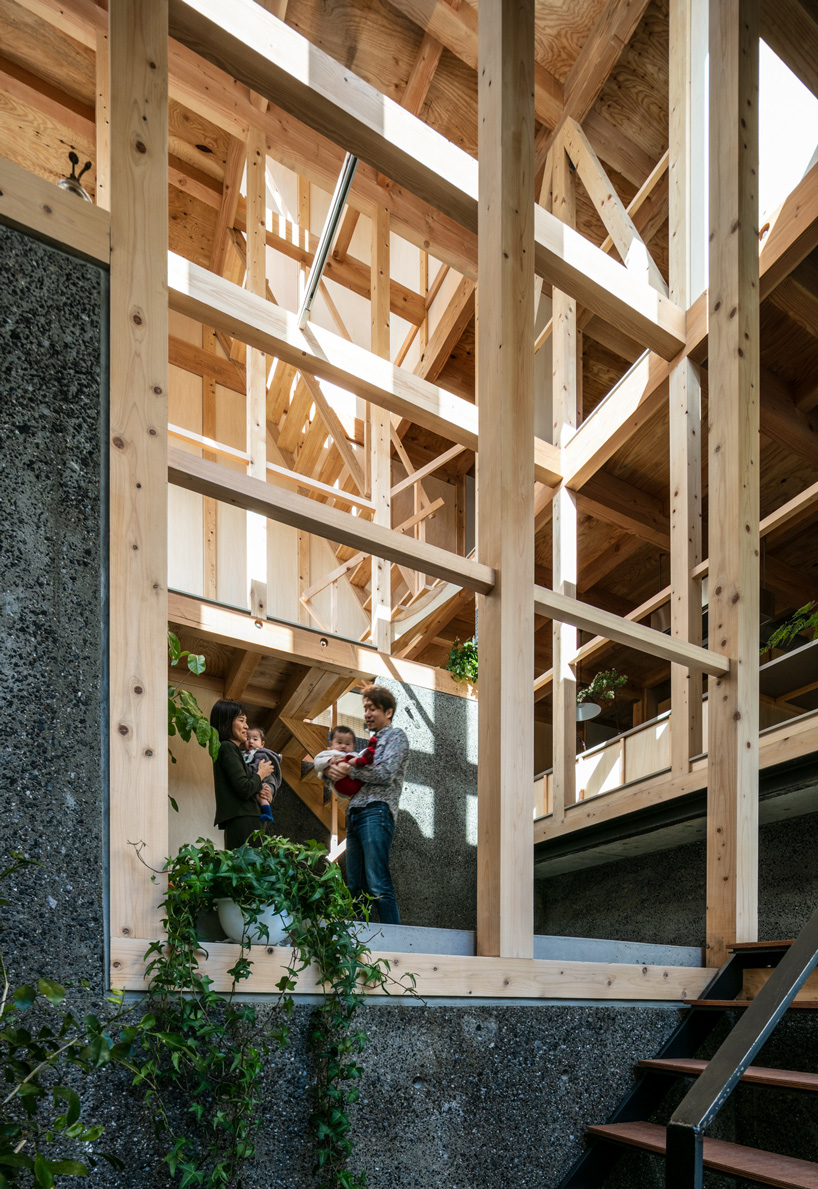 The architecture extends across this structure, tracing the earth shape of the foundation and retaining walls. It consists of two layers that combine reinforced concrete and wood. The reinforced structure that is in the lower part of the building is basically the underfloor space, but it is turned into an interior space. Through the integration into the living area within the wooden construction, the interior encloses a large atrium in which various jump floors with different environments are accommodated. The wooden construction provides an open frame that exposes the beams in the atrium and offers the option of increasing the floor space in the future. “Residents would first feel the differences in each room and then explore their own way to manipulate and shape their own lives in that environment,” adds Kiyoaki Takeda. 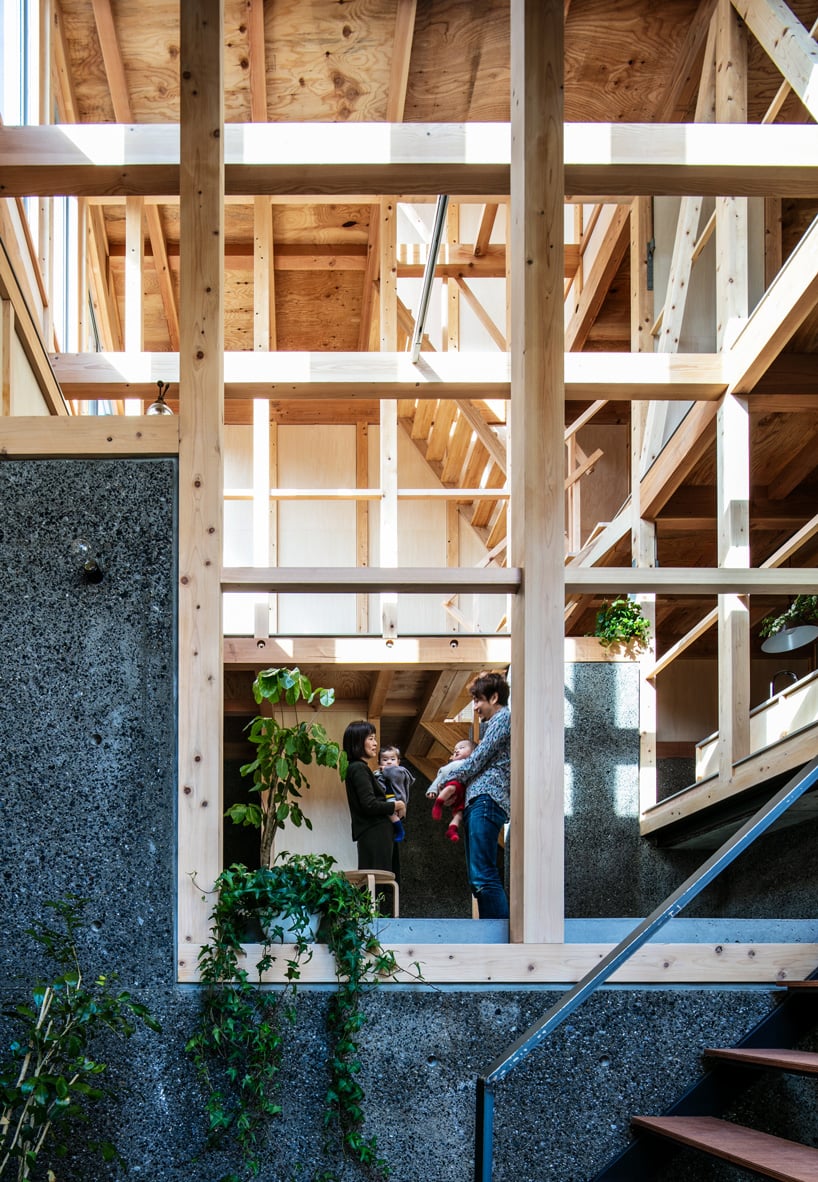 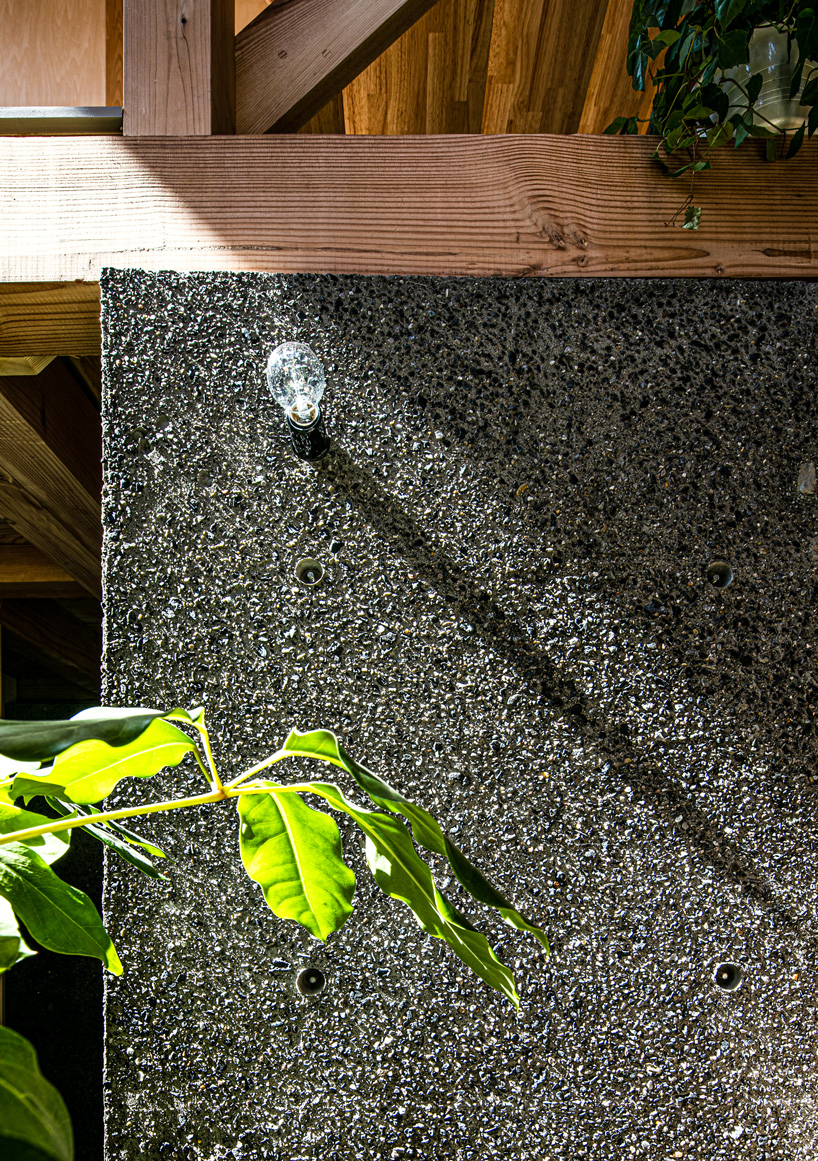 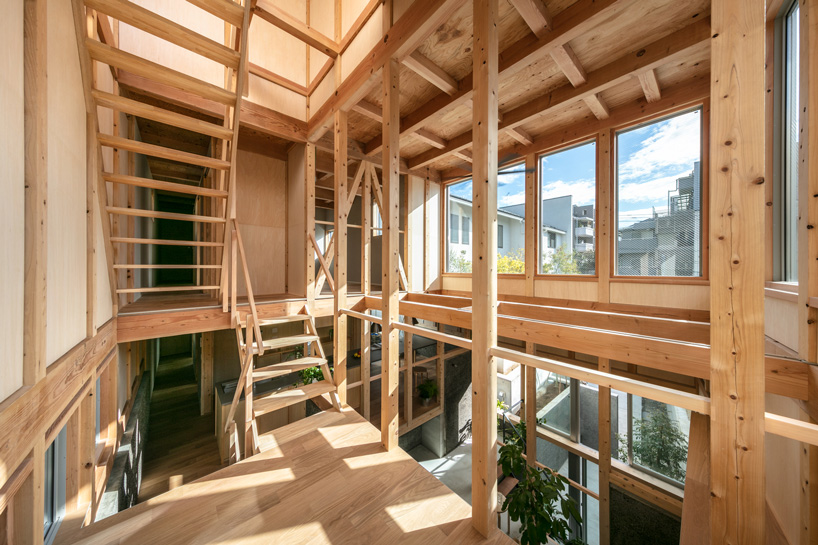 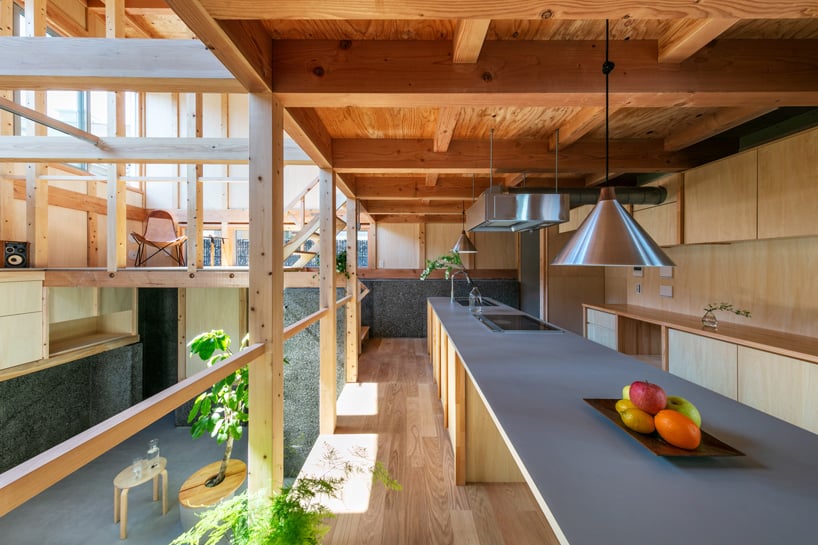 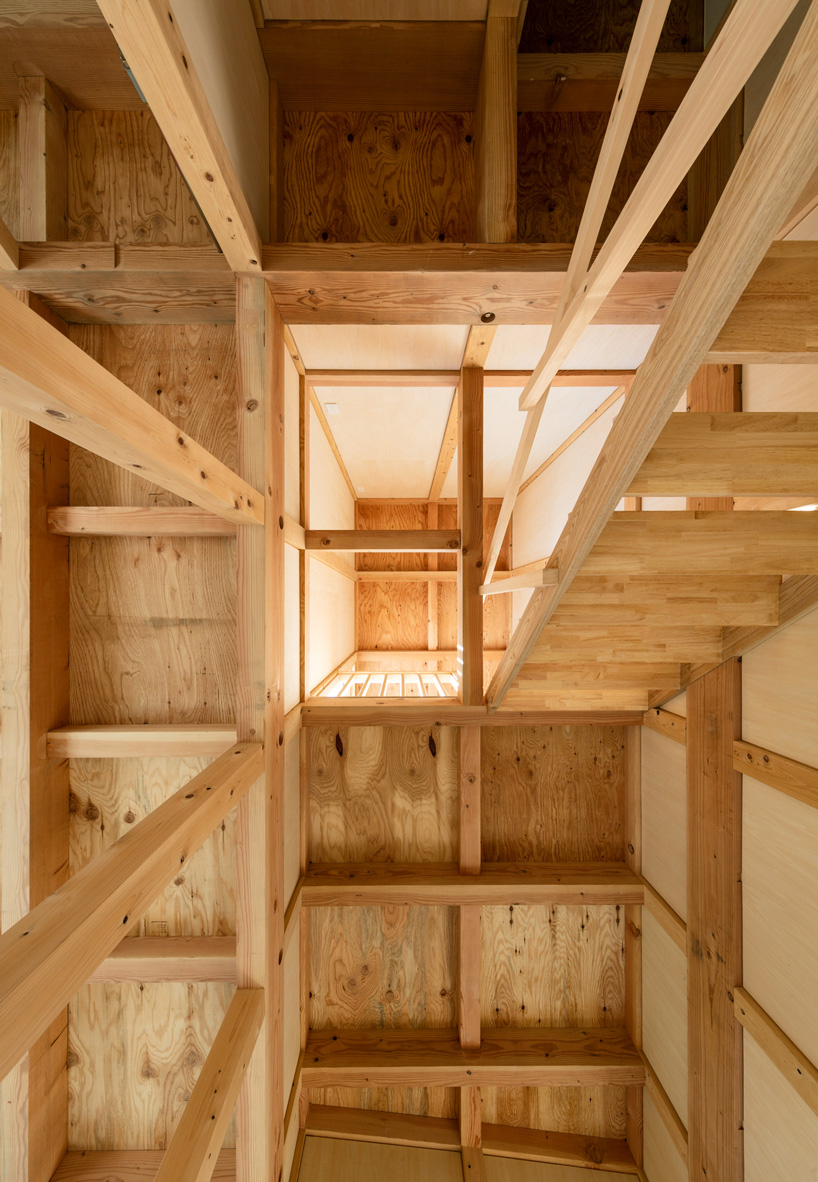 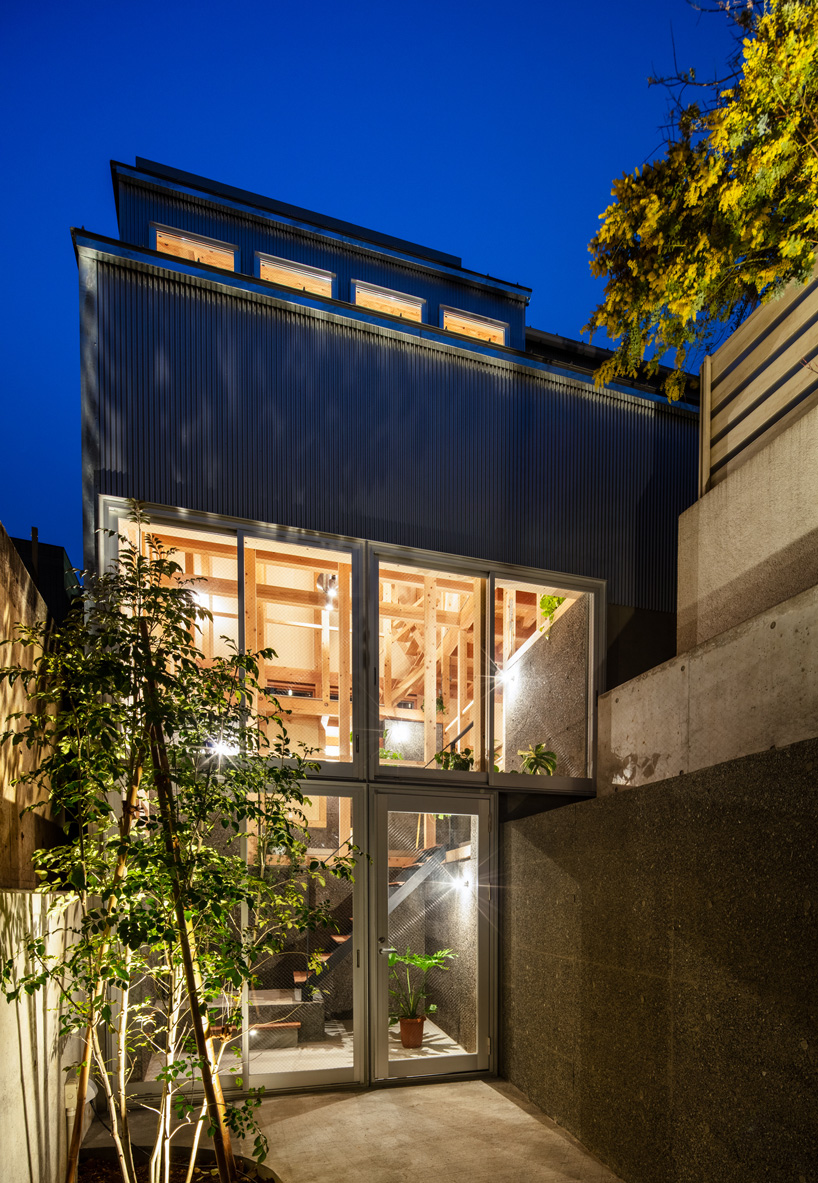 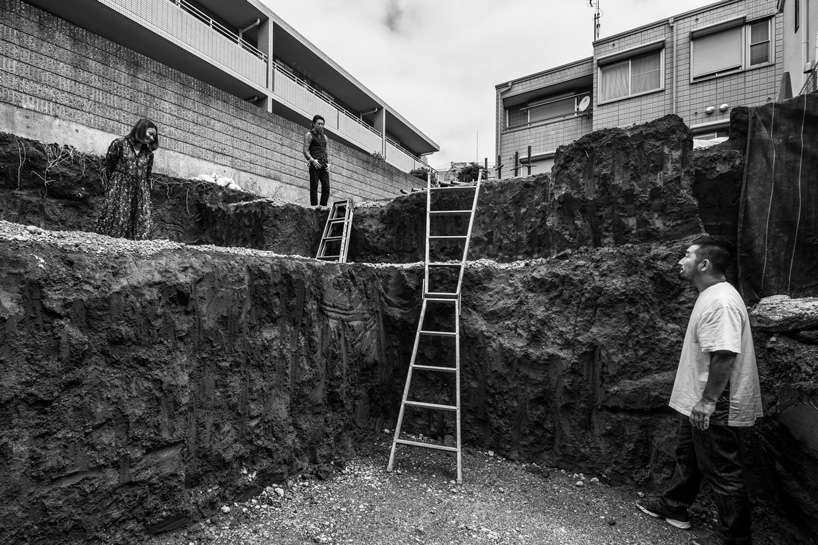 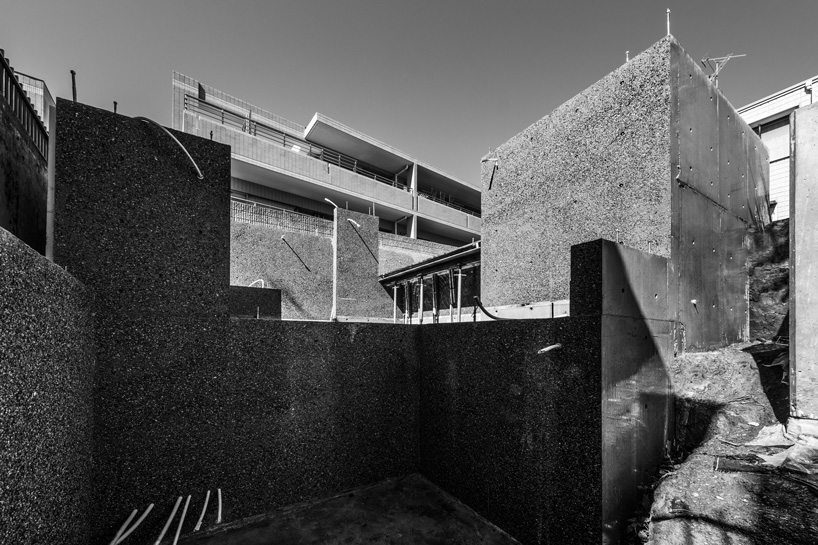 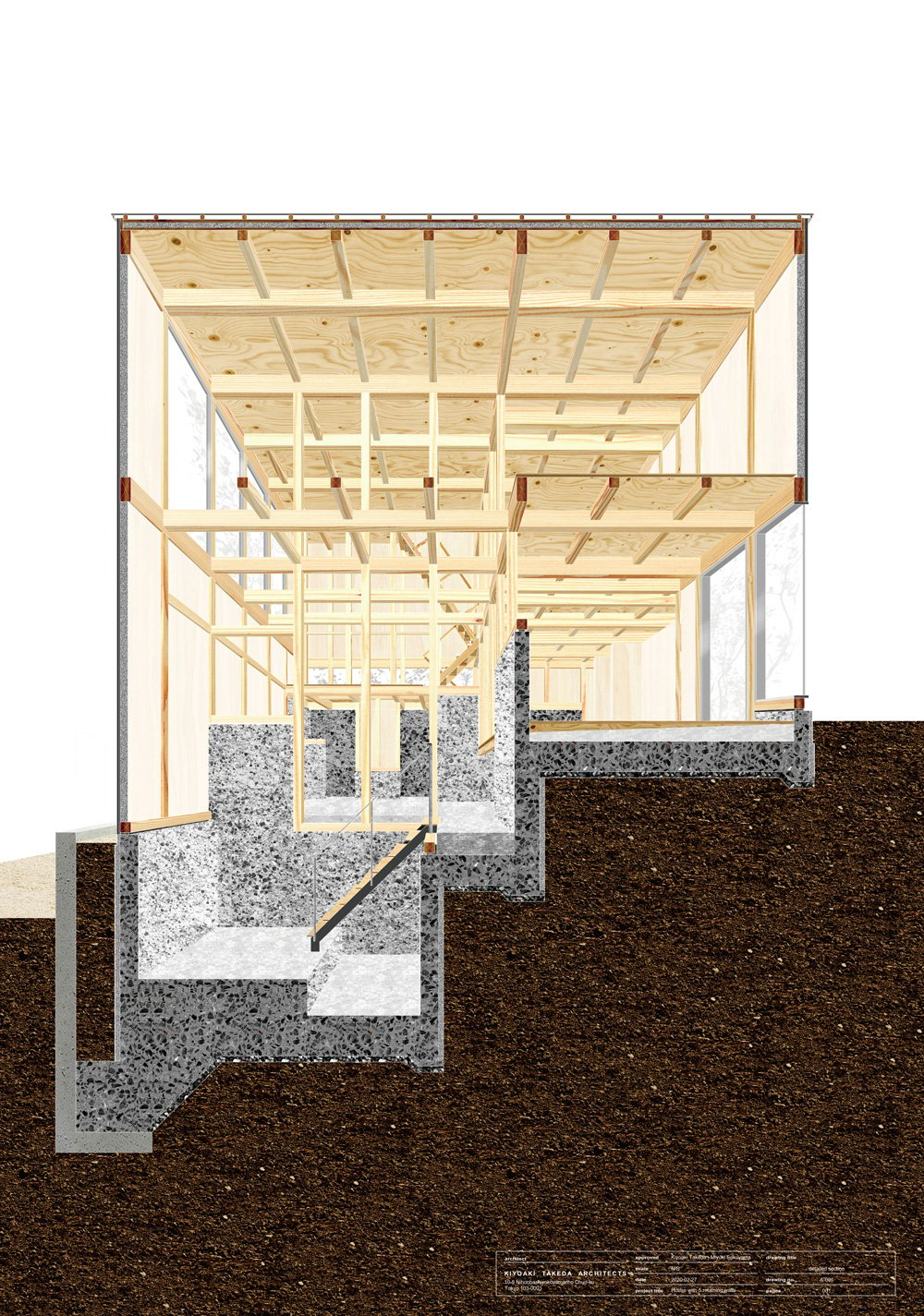