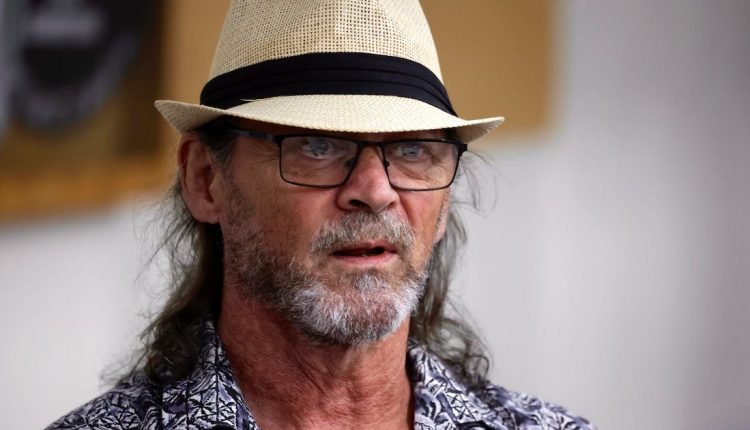 LETTERS — Not all is broken in Nova Scotia health-care system

In June, I suffered a major heart attack while playing hockey. (The Chronicle Herald told my story in a July 27 article.) CPR was performed on me for 20 minutes, which included three defibrillator shocks. Firefighters and an ambulance arrived, and I was transported to the QEII emergency department.

In the ensuing days and weeks, every person I have met in this unfortunate journey has been overwhelmingly wonderful — beginning with the firefighters who traveled with me in the ambulance, telling me to “hang on,” and the police constable who gathered up my belongings and ensured their safety; he later called the two men who performed CPR on me to tell them I had survived.

Then there was the personnel at the QEII, who, to a person, were so professional and caring. The nurses, technicians, blood collectors, surgery staff, those who brought me food and cleaned the area, and the team of doctors. All those I met had a smile and were marvelous at their respective jobs. It made my nine days’ stay there so much easier.

It doesn’t end there. Several of my neighbors baked muffins for me while I was in the hospital. Two young men have walked my three dogs and continue to do so. My next-door neighbor has even mowed my challenging lawn. One evening, my wife came home and, to her amazement, found the neighbor’s daughter sweeping dog hair at our home. A month later, they were still performing some of these duties.

The point is, not all is broken in the health-care system; there are many wonderful people working through very difficult times. I appreciate them and I hope many others do, too.

Also, there are many people in our communities who go well beyond the definition of being a good neighbour. I applaud and thank the people of the Maritimes; they are what makes this such a wonderful place to live.

Primary care is in crisis. No solutions appear forthcoming. Is it time to consider alternatives to the present system of post-graduate training and entry into practice?

A substantial portion of medical training, both undergraduate and residency, are paid for by Nova Scotia taxpayers. (The estimated yearly cost per student at Dalhousie Medical School is $252,614, of which tuition covers $68,000 — four times $17,000, which is the tuition fee. Hence, with an enrollment of 132 students yearly, the price tag is $33,345,000 for each class that graduates ). Do medical graduates not have an obligation to Nova Scotians?

Currently, students are “streamed” after their second year of medical school — that is, they select a path to post-graduate training and subsequent practice. While this may “accelerate” the students’ entry into a specialty, it could not be asked of new graduates to do primary care for two to three years after graduation prior to deciding on a career as a primary care or specialist physician.

Such an arrangement would require the return of the rotating internship, heaven forbid. As well, those individuals who subsequently decide to enter specialty training and become specialist physicians would have an appreciation of the expectations and demands placed on primary care physicians.

A backward step, possibly! But, the 100,000 Nova Scotians without a primary care physician are hoping, pleading for a solution. And, there do not appear to be viable plans on the drawing board!

The government and the department of public health, for their own reasons, are downplaying the continuing threat of COVID, as we all know.

One consequence is that masks are very seldom worn and several writers on this paper have suggested that is a mistake, which it is.

However, another unfortunate consequence is that many people, including children, are not going for the vaccinations they need to stay safe. People are still getting ill, and indeed dying, from COVID and the government should publicize this more to shake the public out of its lethargy.

Positive PCR tests, as well as hospital admissions, were up last week. However, what we are not told is that these positive PCR tests are likely only the tip of the iceberg relative to COVID cases in our communities.

PCR testing protocols have recently changed, and tests are now available to just some of our citizens — folks who are more than 50 years of age, unless they are unvaccinated, have a pre-existing medical condition or are a member of a marginalized group. Limiting testing for many citizens under 50 eliminates many who’d otherwise be tested.

The reality is some who would otherwise get a PCR test are unable to do so. This lack of knowledge prevents them from protecting their vulnerable family and friends. While rapid tests are available, they do not detect disease as early as PCR tests do.

Having just read Susan Joudrey’s Aug. 13 opinion piece, “We are drowning in a sea of ​​COVID-19,” I’ve concluded that we’re all adrift on a rudderless “ship of fools.”

It’s disturbing that, despite having no apparent influence on our provincial government, Dr. Robert Strang is still clinging to the position of chief medical officer of health.

One would like to think that, in such a serious matter, a senior adviser to the government would resign if his advice were ignored. I think all of our public health personnel, including Dr. Strang, should be raising their voices against Premier Tim Houston’s badly misguided handling of the current crisis — unfortunately, a crisis involving more than COVID.

I believe dr Strang has a moral duty to resign in protest at this government’s purposeful ignoring of both his advice and that of almost all viral epidemiologists.

Additionally, Houston needs to rethink his position and act quickly to ensure that fewer Nova Scotians get to enjoy the rampant pleasures of a COVID infection. There’s a lack of real leadership when we need it most; there’s no captain on the bridge, and the navigator is napping in his bunk!

The weekly Thursday COVID updates are usually in this paper on a Friday. The deaths are now often being referred to as COVID-related. Therefore, it’s more than likely that these unfortunate persons died “with” COVID in their systems, but not “from” it.

As many are aware, towards the end of a pandemic, viruses mutate towards milder forms, which spread faster. Omicron is admittedly odder than “regular” COVID, but it’s more a COVID-Lite than a severe version. And it’s unlikely that deaths will occur from a mild form of a disease, unless there are underlying conditions or comorbidities.

Why are we, therefore, being told that a number of people per week are dying from COVID itself?

Surely, the health authorities should be more transparent in their reporting.

For two generations, Canadians have consumed the benefits of what is a pillar of Canadian identity: universal socialized health care. Thanks to this cornerstone program, millions of citizens have been treated and saved, with little or no out-of-pocket expense for the service. Taxation has financed a large portion of the costs. Virtually every family has been able to dismiss a budget line in their household finances for “medical costs” because of our faith in the fiscal stability of the system.

In 1993, the Canada Health Act further lessened costs to citizens by eliminating balanced billing or co-pays or premiums that were once charged for certain treatments.

We now face a national crisis, where all provinces are struggling to provide adequate and timely care for their residents. The combination of advanced techniques, an aging population, staffing challenges, the first significant pandemic in everyone’s lifetime, and waste in the system have the premier begging for more payments from Ottawa. The trouble is that Ottawa is really us, the taxpayer, and we are already saddled with a $1-trillion national debt.

It is past time for people to stop complaining about the state of care, and really start thinking about what they need to do to finance improvements.

Governments need to also start improving bureaucracy and reducing logistical barriers to health care, such as more medical and nursing placements, and fast-tracking existing foreign health-care workers in the country who need licenses and billing numbers.

The biggest hurdle is getting citizens to understand that they need to increase their contributions in order to improve the system. People will point to the benefits of living in Europe or Scandinavia regarding health care, but they don’t realize that those countries pay significantly higher taxes for those services. Europeans have a more understandable attitude toward taxes, whereas Canadians, like Americans, seem allergic to the thought of higher taxation.

Politicians won’t even whisper the term “privatization” when applied to some health procedures, although some type of parallel system might prove beneficial.

So, where are we in terms of how to improve the system? Without buy-in from Canadians on increased contributions and no movement from deviating from the sacred Canada Health Act, we have no hope of saving the system.

And yet, the voice of federal NDP leader Jagmeet Singh still rings aloud, wishing to add two more layers of costs to health care with a national pharmacare and dental care program. Honorable initiatives indeed, but right now, totally out of reach.