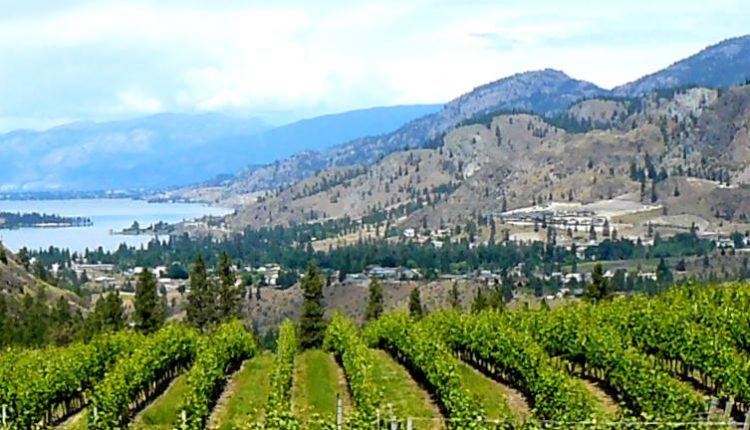 O Canada, Let Me Pour You A Glass of Wine

KELOWNA, BC – The sun-drenched vineyards here in British Columbia on the shores of Lake Okanagan produce excellent wines. Locals are rightly proud of them, but still feel the need for “shelter” from wines made in California, Oregon, and Washington. It’s a dispute, according to Bloomberg News, that will likely require the intervention of a NAFTA arbitration panel.

If Canada is known internationally as a wine producing country, it is likely because of the excellent ice wines grown on Ontario’s Niagara Peninsula, brands like Inniskillin and Jackson-Triggs. That’s going to change. Whole Foods ran a month-long promotion three years ago for top Canadian table wines, specifically eight wines from British Columbia’s spectacular Okanagan Valley, co-sponsored by the BC Wine Institute.

“It’s ironic that we can buy wines from Croatia, Turkey and South Africa more easily than bottles just across the border,” said Seattle-based Erez Klein, regional wine buyer for Whole Foods in the northwest.

Before you turn up your nose at Canadian wine, consider the following: Not so long ago, Californians bungled Washington and Oregon wine. So let’s give a brief overview of British Columbia’s wine industry.

You will be surprised to learn that the Okanagan has the potential to produce some of the best wines on the continent. Why? During the growing season, the Okanagan gets most of the daylight in North America. Every now and then it has to be said: It is not heat that ripens grapes, but light. The engine that powers plants is not hot air, but photosynthesis.

Long hours of intense sun exposure in North America not only ensure that classic grape varieties are mature on the Naramata Bench (photo), but also over the entire length of the region. At 50 degrees N, it’s on the same latitude as the heart of the German Rheingau and even further north than the Champagne – a crazy accident in the crumpled geology of the Cascades that created a unique chain of protected valleys from Vernon (at the northern end) of Lake Okanagan) 160 km south of Osoyoos on the US border.

When I first traveled to the Okanagan 30 years ago, there were barely a dozen wineries that made wine from varieties and hybrids. Stone fruit (orchards with apricots and peaches) was the crop of choice. The warm lakeside properties, surrounded by rugged mountains, made the Okanagan the preferred inland resort of BC. “Switzerland on steroids” described it as a newcomer. Then came NAFTA, and the local vineyards that were planted with inferior grapes lost their protected status. They came out to be replaced by fine European Vinifera varieties such as Riesling and Pinot Noir. Similar to the winemakers in Oregon and Washington in the 1980s, there was great enthusiasm and pride in the potential of a growing industry.

Not entirely independently of this, the Okanagan already had a tourist infrastructure; if anything, vineyards had to compete with vacation homes for the most desirable bank land.

Canadian wines, on the other hand, did not have to compete directly with US competitors in grocery stores. Canadians are demanding that US wines be displayed in a separate area of ​​the store, which Americans viewed as damaging to sales. (US wines make up about 14 percent of the market in Canada.)

So right now, BC wines are being sold alongside canned peaches in the grocery section, while imported wines and spirits are being relegated to the store within the store.

The result becomes an international storm and is on the way to arbitration under NAFTA. Of the 1,300 retail wine stores in British Columbia, fewer than two dozen are affected, but like I said, that’s the principle.

In an email, Miles Prodan (the CEO of the BC Wine Institute) argues that there is “a massive US trade surplus for US wine in Canada”. The surplus has been “bought and paid for” with surcharges and tariff cuts, he says, that have been negotiated over the past three decades and are “commensurate with the US.”