If you aren’t a fan of mosquitoes, cockroaches or mice, be ware. Experts say we can expect to see a wave of pests and wildlife, courtesy of climate change which is disrupting and prolonging insect lifecycles and sending unwanted wildlife to seek refuge in homes and businesses.

As California endures a historic drought, Alex Trejo of So-Cal Rattlesnake Removal is finding more snakes in swimming pools and near hoses. The snakes can go months without eating, he says, but they need water and the land is dry.

“Their behavior is changing because now the snake has to survive in different ways than it did the last couple of years,” he said

Alex Trejo of So-Cal Rattlesnake Removal captures a snake that he will relocate safely. Climate change and California’s drought are sending the snakes in search of water.

“It has become an epidemic, particularly in Chicago,” she said. “And they said we actually surpassed New York, which, you know, that’s saying a lot.”

Wildlife is responding to the changing climate in complex ways and that can mean a boon for pest control companies. Insects, for example, can sometimes flourish when temperatures rise, reproducing more frequently over a longer summer.

“The larger the populations are, the more likely that they’ll be interacting with us in our home,” said Jim Fredericks, an entomologist and senior vice president with the National Pest Management Association. 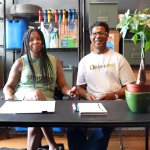 Many variables determine how wildlife will react, which academics are researching.

Reptiles, cold-blooded animals which cannot regulate their body temperature, have had less success in adapting to climate change over millions of years than warm-blooded animals, according to a 2018 study in Nature Ecology and Evolution which looked at fossil records. A report from 2010 predicted that 20% of all lizard species would go extinct by 2080, but another done in 2016 suggested a more complicated future: Lizards in places that are already warm might struggle while those in cooler areas could be better off.

When in comes to rodents, the number of white-footed mice, the most common small rodent in the eastern United States and Canada, has grown with milder winters. The population usually decreases during winter, but warmer seasons as a result of climate change mean fewer die and like chipmunks and flying squirrels, they have expanded their territory north.

Among insects, which also are cold-blooded, a hotter planet is pushing mosquitoes into formerly inhospitable terrain and they are bringing with them such diseases as dengue and Zika. Ticks are similarly carrying Lyme and other diseases into new areas.

“There’s lots of different pathogens that can be transmitted to humans by mosquitos and so it’s important to be especially vigilant as these mosquito seasons start to get longer and there are changes in weather patterns that make certain regions of the country more hospital to mosquito infestations, ” Fredericks said.

By 2080, almost one billion people could be exposed for the first time to diseases carried by mosquitoes, according to study published in PLOS Neglected Tropical Disease in 2019. It looked at two species of mosquitoes, yellow fever mosquitoes or Aedes aegypti and Asian tiger mosquitoes or Aedes albopictus, both of which carry dengue, zika, and chikungunya, and at how their geographic range could change in the future. The researchers found new risks especially in Western Europe and to a lesser degree, the United States.

At the same time, Asian tiger mosquitoes are more sensitive to temperatures of the two and the risk of disease from them could read in parts of sub-Saharan Africa and South Asia. Yellow fever mosquitoes, which also carry yellow fever as their name would indicate, can tolerate higher temperatures.

“Climate change is a mess for health, says Sadie Ryan, the lead author and professor of medical geography at the University of Florida: “It is the biggest health crisis of our time.”

That said, she is optimistic about keeping mosquito populations and the disease they carry in check.

“We know how to control mosquitoes,” said Ryan, also principal investigator at the Emerging Pathogens Institute. “People know to dump out containers. We know that after hurricanes come through there’s a lot of water hanging out in the environment and clean up of that water is important. And if you can’t clean it up fast you should wear some bug spray and long sleeves and long pants.”

“We know the basic tool kit and it’s not like a new COVID,” she said.

One change that could be recommended: Workers that are hired seasonally in Florida for mosquito control could become full time.

A separate study of mosquitoes in Sri Lanka, where dengue is a severe public health problem, found that three climate variables could help predict mosquito populations: temperature, rainfall and the effects of El Niño.

“Climate variables can act as early warning indicators,” said Yesim Tozan, an assistant professor of global health at New York University’s School of Global Public Health. “It can tell us when to expect changes in mosquito activity. And implementation takes time on the ground so you need to have some sort of a plan in place to be able to deploy certain types of interventions. And the more time the better.”

In San Diego, Trejo reports hearing from homeowners who in 20 to 30 years have never seen rattlesnakes and now there’s one right next to their dripping hose that needs to be moved safely.

The last 22 years have been the driest in California since at least the year 800 AD As of last week, more than 97% of the state’s land area was in a severe drought, nearly 60% in extreme drought and almost 13% in an “ exceptional” drought, the driest category, according to the US Drought Monitor.

Trejo says he has had to increase his staff to handle the number of calls he gets. He does not kill the snakes, but moves them to secluded spots, one reason he thinks he is so in-demand.

“Rattlesnakes will do their fair share of rodent control,” he said. “So imagine taking out this. You would have a collapse of the ecosystem.” 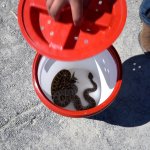 A rattlesnake caught by Alex Trejo of So-Cal Rattlesnake Removal.

A-Rid-A-Pest’s Stuart-Lewis said the company once could anticipate when it would it get calls for which insects or rodents.

“Pest control when we first started was almost like spring, summer, winter, like we could go, ‘This is rodent season, this is ant season, this is spider season,'” she said. “We can no longer predict. We get all kinds of calls all the time.”

The larger the populations of rodents, reptiles and insects the greater the chance that they will come into contact with people and in their homes. Fredericks of the National Pest Management Association said that summer’s stinging insects, wasps, yellow jackets and hornets send people to the hospital every year.

“If the summertime lasts longer and these pests are able to be active in flying and potentially interacting with people more often, the likelihood of negative interactions are going to be are going to be greater and that season will be longer,” he said.

Chicago has had the unenviable honor of being named the rattiest city seven years in a row, according to an annual survey by the Atlanta-based pest control company Orkin. The most recent, tallied through Sept. 15, 2021, had Los Angeles, New York, Washington, DC, and San Francisco also landing in the top five spots. 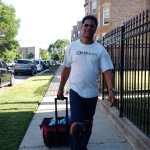 Growing Things: Replacing your lawn with vegetables and flowers