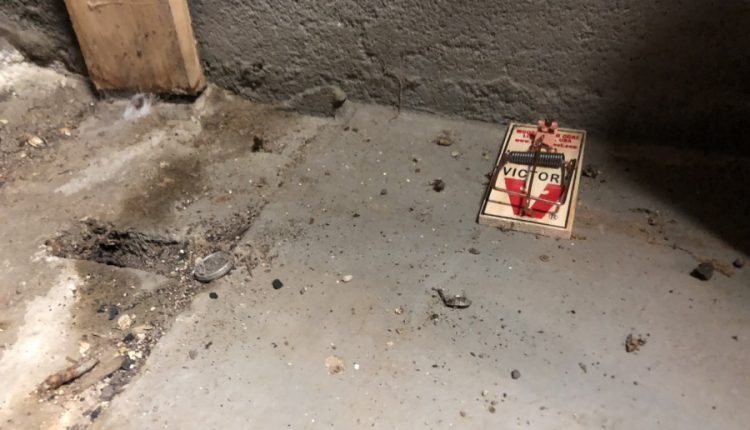 Flooding hasn’t been the only concern for Kenora homeowners this summer.

Many Kenora residents have reported having mice, rodent and pest control issues this year, with some saying they’ve never had issues in their home before.

“That’s something to do with where we are. We’re in the bush. But any year we have tons and tons of snow, you can expect an uptick in mice,” explains local pest expert Kaija Saarinen.

“It’s interesting. If you look at the snow pattern throughout the year, we had a really heavy snow year. That is so good for mice. The more snow there is, if they’re underneath that protective layer of the snow that’s well-insulated, they’re having a great time under there. It also makes it easy to hide from predators,” she adds.

Some have suggested that a lack of food in dumpsters and alleyways due to restaurants having scaled back hours during the COVID-19 pandemic has also led to more rodents migrating away from downtown areas and into residential neighborhoods in 2021 and 2022.

A study commissioned by pest control company Orkin found that Canadians produced over 13 per cent more food waste during COVID-19 lockdowns compared to normal times, and food abundance between neighborhoods has been linked to an increase in rodent populations.

Health Canada says signs of mice in your home include:

– Scratching sounds in the walls at night,
– damaged food packages,
– Evidence of chewing on property,
– mouse dropping,
– Holes in and around foundation walls,
– Mice tracks left on dusty surfaces,

However they got into your home, Saarinen explains that once they’re in, they won’t go away without the homeowner taking proper measures to prevent them from coming back.

“My silver bullet I always say is excluded. You can leave out as much mice bait, trap, live trap and release them as much as you want, but if you have a hole that they’re getting into, they’re not going to stop coming.”

“I would recommend a really thorough inspection of your house. You can hire a pro, but if you’re okay with crawling on your hands and knees with a flashlight, my rule is to take a screwdriver, a pencil or your pinky. If you can poke it in a hole, a mouse can get through there, even if it seems super small.”

“Kenora is very unique. It’s one of the hardest areas to eliminate mice. We have so much rock and bedrock that we build on. Anyone else with mouse problems can trench, wire and rockfill and it’s done. But in Kenora, your basement is rock.”

“I recommend sealing it up the best you can. Steel wool is great. Hardware cloth is great. They’ll eat right through expanding foam. Even the pest-proof foam. They will eat anything. Just seal up those holes really well.”

Health Canada’s tips to help prevent mice from entering your home include:

– Use metal weather stripping under doors and weather strip windows,
– Patch cracks in foundations, seal any holes where mice may enter
– Cut back thick brush, keep shrubbery one meter away from your home,
– Store food and pet food, water and garbage in heavy plastic or metal containers with tight lids,
– Stuff steel wool around pipes before caulking or plastering,
– Cover dryer vents, attic vents and soffit with fine mesh metal screening,
– Remove unused clutter around your house and garage,
– Raise woodpiles around 1 foot off the ground and place them away from your home,
– Never place fatty or oily food waste, eggs or milk products in the composter,
– Eliminate water sources like leaky taps, sweating pipes and open drains,

Health Canada reminds the public that having mice in your home is a health concern as they can carry diseases, such as the hantavirus, which can be spread through urine and droppings.

Health Canada says if you catch a mouse, are handling a dead mouse or if you’re cleaning up signs of them, use rubber or plastic gloves, wash them with soapy water before taking them off and wash your hands again after removing them. Put rodents in a sealed plastic bag and dispose of them.

Saarinen adds all the standing water in the region with floods and heavy rainfalls has led to a fertile breeding ground for mosquitoes, and she offered a few tips on how to help eliminate some mosquitos from your backyard.

“It’s pretty aggressive this year. A lot of that is not just the flooding itself, but any kind of standing water with the rainfall we’ve been having. That’s a bucket or a tire in the backyard, those tiny pools of standing water are habitats for mosquito larvae. Don’t have standing water in your yard. You’re adding to the mosquito population!”

Health Canada says mosquitoes lay their eggs on the surface of water and can lay between 100 and 400 eggs at one time.

How the emerald ash borer is killing Canada’s forests