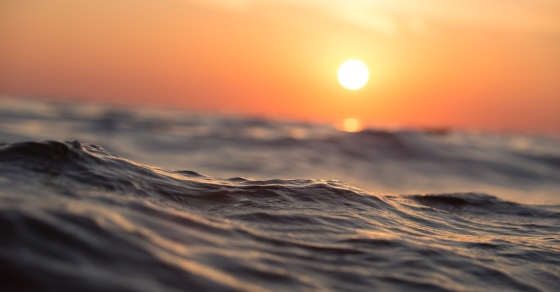 The Saskatchewan Association of Rural Municipalities is concerned about a proposal to create a federal water agency.

In a March 25 media release, SARM said the creation of a Canada Water Agency (CWA) is a cause for concern and questions about how the overlap of federal regulations will affect provincial regulations.

“We are concerned that it is mainly because of the overlap of responsibilities as the province currently has jurisdiction over water. The Water Security Agency and is the agency that the municipalities work with. It is really important that we have a good relationship with the ESC, ”said SARM President Ray Orb.

On March 25, Regina’s Mayor Sandra Masters published a press release, according to a report on CJME radio, in which she expressed her interest in locating the headquarters of the CWA in the city. SARM recognizes the benefits, but rejects the agency as a concept, according to Orb.

“We are not against the location, I mean Regina, that would mean jobs, we understand that. We are only against setting up this agency to deal with jurisdictional issues, ”Orb said.

According to SARM’s press release, they will not support an offer to head office from an agency that they do not approve. ORB said the CWA had been on his organization’s radar for some time, but the release of the mayor of Regina spurred the timing. Orb said Thursday he plans to speak to Mayor Masters later that day.

Orb does not consider the new bureaucracy necessary at this time.

“Now we see the federal government – they say we need a federal water authority, and we don’t think we’re going to do that. We’re surprised, not so much that they talk about it, but there is no budget for it, the federal agencies never said they wanted to spend money on it. Now you want to spend money on things that are really important in this crisis, ”Orb said.

Orb cited as an example the Department of Fisheries and Oceans (DFO), which also has an office in Regina, and how it has taken time to resolve bureaucracy problems.

“We have since fixed these issues, some of them through federal laws that have allowed us to work with DFO to install culverts and the like. It’s not as bureaucratic as it used to be. But we’re worried about more red tape, more spending, more project delays, we’re all very concerned, ”Orb said.

According to a press release accompanying the consultations, the Government of Canada is creating the Canada Water Agency to find the best ways to keep our water safe, clean and well managed. The Canada Water Agency is established in close collaboration with provinces, territories, indigenous peoples and other partners.

The discussion paper seeks input from Canadians to help identify freshwater priorities for the federal government and to build on existing federal government activities to improve freshwater management while avoiding duplication and respecting areas of provincial and territorial jurisdiction. The Government of Canada hosted a virtual national freshwater policy forum in January and a series of regional forums in February to provide further opportunities for Canadians to participate in consultations.

SARM’s press release stated that the repair and replacement of municipal infrastructure is critical to the safety and well-being of the public and industries using that infrastructure, and it is imperative that such projects be completed in a timely and cost-effective manner.

According to SARM, an increased bureaucratic effort will only increase the costs and the duration of approval procedures for municipal construction and maintenance projects with or near water.

“We have been saying this all along, that we don’t feel that we need more and more bureaucratic effort to get our projects approved because we have to get them done on time. Funding is available, we’re trying to get more funding, but we also need projects to move faster, ”Orb said.

Resentment blossoms as feud over lawn care in Kenmore…