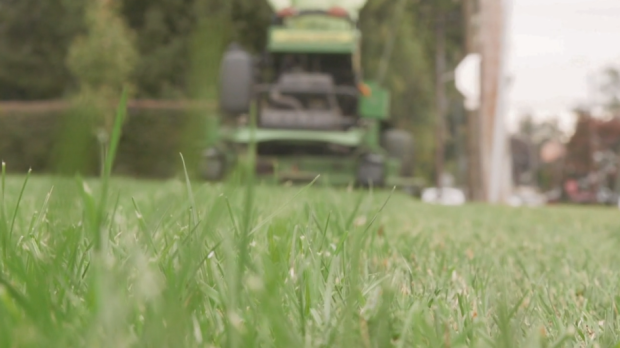 Should you switch to battery-powered lawn tools? Expert provides advice

TORONTO – Electric lawn mowers have been around for 90 years, but only in the last decade have battery operated mowers shown significant improvements.

Cordless electric lawnmowers are quieter, more environmentally friendly and now about as powerful as their gas-powered counterparts.

Kamal Mansour of Toronto said he used an electric mower because he felt it was better for the planet.

“Electric is better for the environment. Gas causes pollution, so of course I prefer electricity, “said Mansour.

In addition to lawnmowers, there are plenty of garden tools that can now use battery power instead of gasoline.

A good alternative is battery-powered tools that can help the environment without affecting the look of your garden.

Battery-powered engines are more efficient and emission-free. According to the California Air Resources Board, a commercial, gas-powered leaf blower that runs for just an hour causes about as much pollution as a 2017 Toyota Camry, which ran 1,760 kilometers.

“Battery operated tools reduce air pollution, but they can also reduce the noise pollution that can be found in a typical suburban neighborhood, so your neighbors may thank you too,” said Hope.

In addition, there is no need to drive to the petrol station, deal with spilled petrol or maintenance, as neither oil nor spark plugs have to be changed.

With battery-operated tools, all you have to do is recharge.

Some electric models may require you to pay a premium, but savings should be made on the road.

Battery life has also been an issue in the past and batteries can be expensive to replace, but they have improved a lot over the years and some companies are now offering warranties on batteries for up to three years instead of just one.