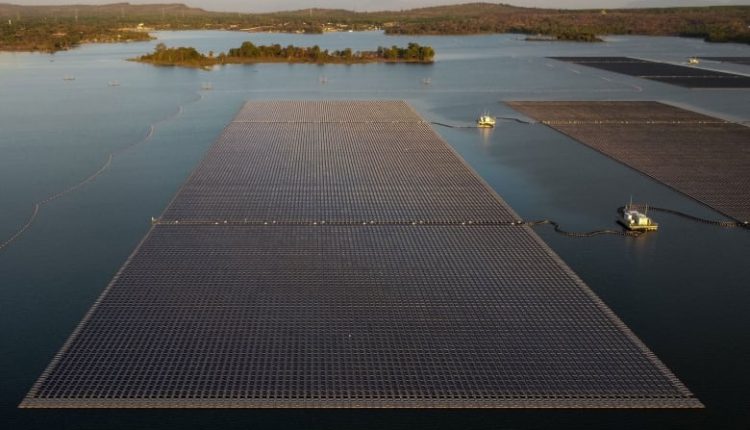 Our planet is changing. So is our journalism. This weekly newsletter is part of a CBC News initiative entitled “Our Changing Planet” to show and explain the effects of climate change. Keep up with the latest news on our Climate and Environment page.

Sign up here to get this newsletter in your inbox every Thursday.

According to Ibrahim Dincer, Toronto Harbour is missing out on an emerging renewable energy source: floating solar panels.

The professor of mechanical engineering at Ontario Tech University recently proposed a zero-emissions alternative to the City of Toronto’s aging ferry fleet that would see new electric boats draw power from a large floating solar panel near the shore of Lake Ontario.

Given that Toronto only has four ferries in its fleet, even fully electric replacements would do little to address the city’s goal of net zero greenhouse gas emissions by 2040. But Dincer said the point is to provide a “landmark” demonstration.

“The numbers may look small,” he said. “But this study clearly shows that this system is feasible.”

Floating solar projects are designed to blanket the water’s surface, supporting row upon row of reflective blue panels atop a buoyant base. But as Canada’s lukewarm response to floating photovoltaics shows, an interesting and feasible technology doesn’t guarantee widespread adoption.

Floating solar may account for a small percentage of global solar power capacity, but countries are beginning to invest in large installations.

“It’s grown exponentially — very rapidly,” said Manish Kumar, a professor at Himachel Pradesh University in India who studies the sector. Kumar estimated floating solar could capture around a quarter of total solar installation within the decade, jumping from around two per cent today.

Japan was first to embrace the technology in 2017, and the heaviest users continue to be populous Asian countries (such as Thailand, pictured in the photo above) where land is at a premium. Without the same pressing need to conserve land, Canada has been slower to act.

The agency provided three main reasons for that: high cost compared to ground-mounted solar; limited hours of sunlight at northern latitudes; and concerns about ice coverage in northern hydropower reservoirs — the sites where the technology is most often deployed.

Kumar said at least one of these concerns is unfounded. Ice, he said, shouldn’t negatively impact the performance of the technology — and cooler temperatures may even improve efficiency.

Researchers have explored the idea of installing panels on abandoned mine tailings ponds, the ocean and reservoirs created by hydroelectric dams. Most are found on reservoirs, said Rafael Almeida, a professor of environmental science at the University of Texas.

“Floating solar is looking at already modified systems and then placing … new infrastructure on them,” he said, thereby “avoiding conversion of natural systems.”

Almeida added that blocking the sun’s light from penetrating the water does raise some environmental concerns, but projects typically enjoy broad public support because reservoirs are already manufactured structures.

A long list of benefits may also improve the technology’s public image. Efficient land use is a key feature, saving developers the cost of urban installation and preserving rural land for agriculture. Without floating solar, Almeida said, the United States would require a ground-mounted solar farm the size of West Virginia to reach net zero by the middle of the century.

“We need more energy. We need clean energy,” he said. “But space is a limitation.”

Natural Resources Canada said “a significant number” of its hydropower plants have reservoirs, and funding through the federal Smart Renewables and Electrification Pathways Program is available for future projects that meet its requirements.

In the meantime, Dincer’s vision of floating solar in Toronto Harbour remains an idea waiting to happen.

“It is really important to make changes,” he said. “Changes are necessary in this era to bring environmentally benign and sustainable solutions.”

“I just read the article you wrote about clean beauty products. You mentioned Beautycounter as a company lobbying the U.S. government for improving the rules for clean products. I actually use Beautycounter products for the mere reason that this company is pushing for clean products. Apparently you are unaware that this company is also lobbying the Canadian government as well. Furthermore, Beautycounter discontinued a powder eye shadow because the ingredient required as a preservative was discovered to be an ingredient that did not comply with the company’s philosophy. It is expensive but it is also an amazing product.”

“I am the CEO of Cocoon Apothecary, a clean beauty company that has been formulating natural skincare products since 2003.

“You need to understand what clean beauty is. It’s an environmental movement and not something that Health Canada, Sephora or dermatologists are experts on. They only watch as bystanders. It is an environmental movement that seeks to clean the industry of problematic petrochemicals, not only to divest in petroleum products (the feedstock of the majority of cosmetic chemicals) but also to remove ingredients that pollute our ecosystems and our bodies. Pollution in our ecosystems includes plastic microbeads found in water samples and sunscreen that bleaches reefs. Pollution in our body includes parabens, phthalates, galaxolide and tonalide (also found in newborns’ umbilical cords).

“The clean beauty industry is raising the bar for sustainable and zero waste packaging in one of the most wasteful industries in the world.”

Old issues of What on Earth? are right here.

CBC News recently launched a dedicated climate page, which can be found here.

Also, check out our radio show and podcast. As people across Canada struggle with heat and humidity, hear how one neighbourhood group in Vancouver is working to protect its community members and make sure they can survive future heat waves. What On Earth now airs on Sundays at 11 a.m. ET, 11:30 a.m. in Newfoundland and Labrador. Subscribe on your favourite podcast app or hear it on demand at CBC Listen.

Given the polarization in U.S. politics and the Democrats’ paper-thin majority in the Senate — where most legislation requires a tie-breaking vote from Vice-President Kamala Harris — the passing of the Inflation Reduction Act (IRA), with its heavy emphasis on climate action, is a huge achievement. (There are still a couple of formalities: the majority-Democrat House of Representatives has to pass it before President Joe Biden signs it.) As with most lawmaking, there are wins — and there are compromises.

What On Earth54:01U.S. climate bill brings widespread relief and a few questions

While the bill includes measures to reduce costs on prescription drugs and increase tax collection from big corporations, it is notable for being the largest investment in climate action in U.S. history — an estimated $370 billion US. Much of that is taken up by tax credits and rebates meant to increase uptake of electric vehicles, renewable energy and heat pumps and invest in energy efficiency — all part of the larger effort to move the country off fossil fuels. Senate Majority Leader Chuck Schumer (photo below) and other Democrat lawmakers say these initiatives will cut U.S. emissions by 40 per cent from 2005 levels. Some longtime environmental activists met the passing of the bill with literal tears, while others soberly pointed out some problematic facets, including the allowance of more oil and gas drilling.

There are other emissions-reduction initiatives below the surface, including money for domestic production of high-assay, low-enriched uranium (HALEU), which is necessary for nuclear reactors, and money and tax credits for sustainable aviation fuel.

Canadian politicians and businesses have been watching the proceedings with great interest, and lobbied hard for Canadian-made (and, by default, Mexican-made) vehicles to be included in the $7,500 consumer tax credit for battery-electric, plug-in hybrid and hydrogen fuel cell vehicles. 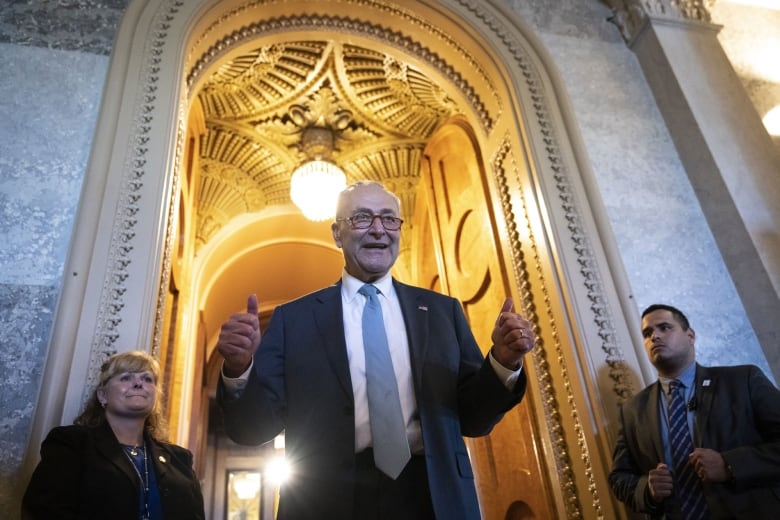 Hot and bothered: Provocative ideas from around the web 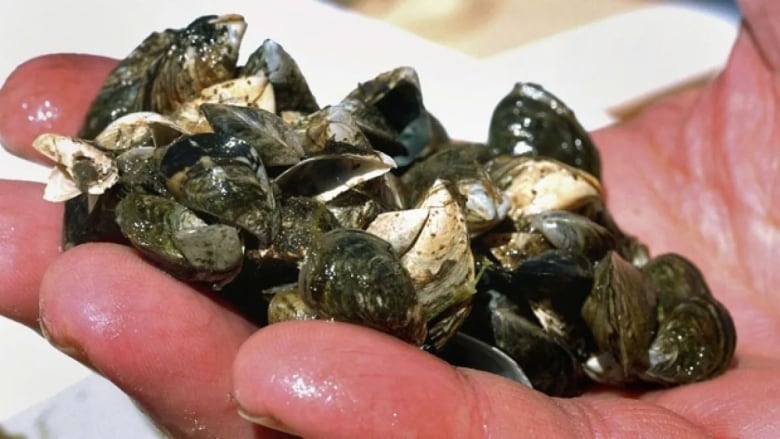 Invasive reptiles and amphibians have cost the global economy more than $17 billion US between 1986 and 2020, a recent study suggests.

The analysis, published recently in the journal Scientific Reports, says the transportation of “alien species” into new areas is increasing at an unprecedented rate because of the globalization of human activity, and that this can lead to invasions of some species, extinctions of indigenous ones, damage to ecosystems and major economic impacts.

It is “almost impossible” to list all the ways invasive species can affect an economy, said Ismael Soto, the study’s lead author and a PhD student at the University of Bohemia in Plzeň, Czech Republic.

For example, he said, those economic costs can reach as far as the real estate market if an invasive species becomes a pest that is “impossible to live near.”

Soto cited the Burmese python, which is invasive to the Florida Everglades and creates a dangerous environment for surrounding residents. He also pointed out that a brown tree snake invasion in Guam has coincided with house prices there falling over time.

“The economic costs are massive for all invasive species,” said Soto. “We have to try and be aware of these costs and take control of the management of these species.”

The study breaks down the estimated $17 billion US cost into:

To conduct the analysis, Soto and his colleagues used a database, InvaCost, which attempts to bring data on economic effects and invasive species together. Most of the figures were taken from peer-reviewed literature or studies determined to be of high reliability, but they note that they largely came from estimates and extrapolations, rather than empirical observations.

According to Soto, the economic costs of invasive species are under-documented worldwide. While conducting the study, researchers had difficulty finding records in North America and Africa in particular, he said.

“We found that there are costs in all continents,” said Soto. “But maybe there is just not enough research relating to economic costs in these areas.”

Monitoring the economic impact of invasive species is a relatively new area of research and has the potential to grab the attention of Canadians, says Colin Cassin, policy manager at the Invasive Species Centre (ISC), a non-profit based in Sault Ste. Marie, Ont.

“Some people may have no interest in the ecological impacts of invasive species, but what speaks to them is the fact that their house value just declined,” said Cassin.

Such research is “an opportunity for us to connect with different audiences and make sure that everyone understands the far-reaching implications.”

Canada does not have an environment where many invasive reptiles and amphibians can thrive, Cassin said. There are some examples — such as the red-eared slider, an invasive turtle species — but they are not among Canada’s most costly invaders.

According to the International Union for the Conservation of Nature, invasive species are among the most significant threats to biodiversity.

While not all introduced species are able to flourish in a new environment, some find the right conditions. They are usually able to reproduce and spread quickly, often out-competing native plants and animals for food, water and space.

Japanese knotweed, zebra mussels (see photo above) and the emerald ash borer have all wreaked havoc in parts of Canada.

Last year, the ISC conducted a cost-benefit analysis of phragmites, an invasive grass in Canada that does well in wet environments such as drainage ditches.

The study looked at the costs of roadside maintenance and flooding related to the grass, but also took a deeper look at potential impacts on a driver’s sightlines and whether there were increased costs because of traffic accidents.

“There is a lot out there with respect to how much invasive species cost us that is either being understood right now or has yet to be understood,” said Cassin.

Are there issues you’d like us to cover? Questions you want answered? Do you just want to share a kind word? We’d love to hear from you. Email us at [email protected]

Sign up here to get What on Earth? in your inbox every Thursday.

How the emerald ash borer is killing Canada’s forests