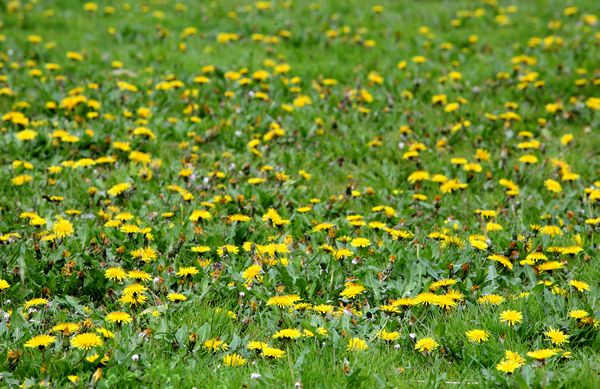 U.K. movement No Mow May gains traction across Canada as municipalities urge residents to let their grass grow

The purpose of “No Mow May” is to allow flora to grow to give pollinators such as bees, butterflies and beetles better access to nectar early in the year.Deborah Baic/the Globe and Mail

But the overgrowth is by design: Fredericton is one of several Canadian Municipalities engaging in No Mow May, encouraging a grassroots movement people to keep their mowers retired until June, and allow flora to grow to give pollinators such as bees, butterflies and beetles better access to nectar early in the year. Darrah, the Chair of the City’s Environmental Stewardship Committee, said Fredericton is keeping 25 per cent of its city-managed lawns uncut for the month, and that many citizens have also chosen to participate.

“It’s a small thing we can do to help the environment… and I have an excuse to tell my wife for why I’m not mowing our lawn!” Darrah joked.

No Mow May was created by UK conservation charity Plantlife in 2019. The movement has grown to include thousands of lawns in the UK in 2021, and the charity’s head of participation Felicity Harris said 2022 is expected to be the biggest year yet.

Now, the campaign is gaining steam in Canada, as municipalities and environmental activism groups across the country are imploring their constituents to allow their lawns to grow for the month. The Kahnawake Environment Protection Office encouraged the Indigenous reserve’s community members to wait until June to mow the grass. Living Earth Council, an environmental group based in Truro, NS, has also lent its support to the movement. The city of Dieppe, NB suspended a bylaw forbidding sidewalk-flanking grass to be taller than 20 cm, and the City of Winnipeg encouraged its residents to create a “year-round pollinator habitat” on a portion of their lawns.

Plastic pollution accelerating the consequences of climate change in Canada’s Arctic, according to new research

The movement is rooted in research: several studies show that less frequent mowing can be a boon for biodiversity. Findings from the UK suggest that allowing plants to flower in May can create enough nectar to support ten times more pollinators. A 2018 study from Massachusetts, meanwhile, found tremendous rise in abundance and diversity of bees in lawns that are mowed every second week instead of every week.

Some environmental experts in Canada support the movement, calling it high time to support bees and their contemporaries. Sandra Rehan, a researcher of bee biodiversity and social evolution at York University, said many of the 4,000 different kinds of bees in North America are experiencing population decline. Conserving them, she said, is vital to the blooming of various flowers, trees and shrubs that provide us with beauty, cleaner air, and even food.

“Without bees, we wouldn’t have our greenspaces,” she said. “Plus, one of three mouthfuls we eat come from the pollination services of bees. We need them for our vegetables, fruits, nuts, coffee. Without them there, you get much less diversity, and we’d be in trouble very quickly.”

Besides, she said, laying off the weed-whacking can save us time, and also get us to broaden our notion of what a beautiful yard can be.

“Needing to have this pristine lawn has been overdone,” said Dr. Rehan. “If we eased off, we could live in more harmony with nature.”

But while many experts agree about the importance of promoting good life conditions for pollinators, some say that leaving your mower in the garage is not enough, and may even be distracting from better solutions.

Samantha Knight, the national conservation science manager for the Nature Conservancy of Canada, said the species that proliferate because of No Mow May are mostly dandelions and clovers, which often are not native to Canada, and are not very nutritious to local pollinators. Moreover, longer grass could increase habitat-building for pollinators and other small animals throughout the month, only for those habitats to be destroyed by the first mow.

“People want to do things to help, and No Mow May is an easy thing to pick up,” said Ms. Knight, “but I think it’s more of a feel-good initiative than a helpful one. We need to do more than just not mowing – first and foremost: planting native.”

The Conservancy had supported No Mow May last year, but this year have updated their messaging to encourage Canadians to instead focus on adding native plants to their yards and balconies to better support pollinators. In Canada, willow, poplar and maple trees are often a good bet, but evolution positives that bees and butterflies tend to benefit most from the naturally occurring flora of their own regions.

“There is a lot of nuance to what is native from one province to another,” said Ms. Knight, “I always recommend going to your local nursery or googling the local native plant groups in your area and plant those.”

dr Rehan agrees that taking action and planting specific flowers would do a better service to pollinators, but fears that replacing No Mow May with a more onerous initiative could result in less uptake.

“The probability of convincing every homeowner to changing their grass to a wildflower meadow is pretty low,” she said. “Ask people to not mow their lawn – essentially to do nothing – will probably get more people to participate. Conservationists are trying to meet everyone else where they are at.”

“Dandelions are no superfood for bees, but if it’s the only food they have, it’s better than nothing.”

Interested in more stories about climate change? Sign up for the Globe Climate newsletter and read more from our series on climate change innovation and adaptation.

Why I’m Buying the Dip in Park Lawn