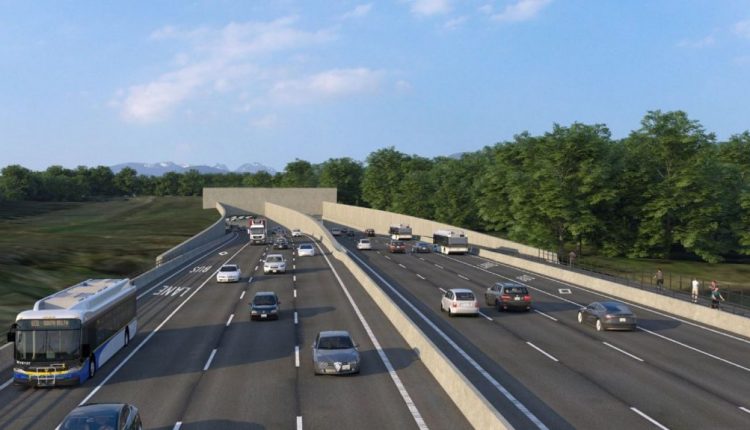 The outlook for roadbuilding and aggregate contractors in British Columbia and Saskatchewan appears bright for 2022 while in Manitoba they are cautiously optimistic and in Alberta uncertainty reigns.

In BC, contractors were expecting a strong year of work but it will ramp up even more as a result of devastating floods that impacted dikes and washed away roads and bridges in the southwestern part of the province.

“2022 is shaping up to be another very good year for roadbuilding in British Columbia,” says Kelly Scott, president of the BC Road Builders and Heavy Construction Association. “If we look at what the ministry budgets are, if we look at what the Port of Vancouver is doing, and Metro Vancouver, and TransLink, it looks like investment will continue in BC for the next couple of years anyways.”

The province has indicated it will continue with an aggressive budget and work plan, he says, which will be augmented with the work for flood mitigation, repairs and rebuilding, and boost the industry even more.

There are a number of projects on the go, he notes, including pipeline jobs, the new Pattullo Bridge replacement, work along the TransCanada Highway between Kamloops and the Alberta border, and at the Ports of Prince Rupert and Vancouver, while on the horizon there is the George Massey Tunnel project.

Dani Miller, president of the BC Stone, Sand & Gravel Association, says 2021 was a solid year due to pipeline and liquefied natural gas projects in the northern part of the province and it looks like the busy trend will continue in 2022 as aggregate will be needed for housing and road repair work from the flooding.

“It’s not how we wanted to be busy, for certain,” she says. “Nobody wants to be busy because there was a disaster. But we were predicting being busy before the disaster. There’s a huge lack of housing and that does drive a lot.

“There were large projects coming on with highway widening and LNG terminals and lots of big things already on the books before they realized that the dikes are probably a couple of feet shy of where they need to be. It’s definitely going to be over and above what was already predicted to be a strong year.”

Shantel Lipp, President of the Saskatchewan Heavy Construction Association, says the industry expects to see the same or slightly increased levels of construction than in 2021.

“There were several major announcements made by the province in the past few months and more on the way in terms of private development and investment. We are likely to see a slight boost in earthwork in 2022.”

She notes there are still a couple of major stimulus projects to be tendered and started in 2022 and other projects are moving forward, including the $5.7-billion BHP potash mine project.

Chris Lorenc, president of the Manitoba Heavy Construction Association, says he is “cautiously optimistic” about the industry’s prospects for the next two years as there are a number of projects expected to flow over, one being the $550-million Lake Manitoba Lake St. Martin Outlet Channels project which is in the throes of being finalized and should go to tender in spring.

However, Lorenc is concerned about what will happen after 2023 when an agreement expires between the City of Winnipeg and provincial and federal governments to invest in the regional street renewal program.

The roads carry 80 per cent of the commercial traffic and move people to jobs and product to market, he explains.

Lorenc says the previous provincial government was not particularly receptive to long-term agreements and heavy equipment contractors are hoping that Premier Heather Stefanson’s approach to working with the other levels of government and stakeholders is “more progressive and collaborative.”

John Ashton, executive director of the Alberta Sand and Gravel Association, says there is a lot of uncertainty about 2022 because it’s not known what the municipalities and provinces will do going forward.

“We just had municipal elections and we don’t know if they’re going to go into austerity or not. We also don’t know what the provincial government is going to do.”

The industry, meanwhile, is waiting to hear if the government will adopt sweeping reforms in the MacKinnon Report from 2019 which suggested balancing the budget by holding the line on government spending for four years, reducing operating costs by at least $600 million, and cutting capital spending.

“We still don’t know if the provincial government wants to go down that road or not, and if they do we’re in trouble as an industry,” says Ashton. “If they don’t, then we keep chugging along.”

Ashton is also disappointed that political party leaders did not talk about infrastructure during the federal election.